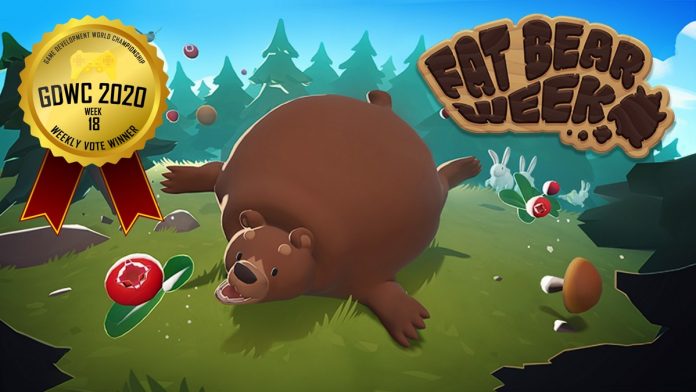 Fat Bear Week by Team Fat Bears, a student development team from Tampere University of Applied Sciences, in Tampere, Finland has won the weekly voting on Game Development World Championship Fan Favourite category for the Platformer Games Week. The game is available for download at itch.io.

“Become the fattest bear before winter comes! Roll around eating food and turning into the biggest bear of the forest! – A third person, single-player action-paced collectathon full of delicious food to eat and secrets to find” Team Fat Bears describes their game.

Team Fat Bears moves onto the next round in the Fan Favourite category of the GDWC – Game Development World Championship. They will face off against other weekly vote winners in the final voting event at the end of the GDWC 2020 season.

The GDWC team sends big congratulations to the winning team and huge thanks to all Nominees and voters. The weekly votes take place each week, from Monday to Saturday and there are always six new exciting games to check out and vote for. This week’s vote is already live on the event website at thegdwc.com.