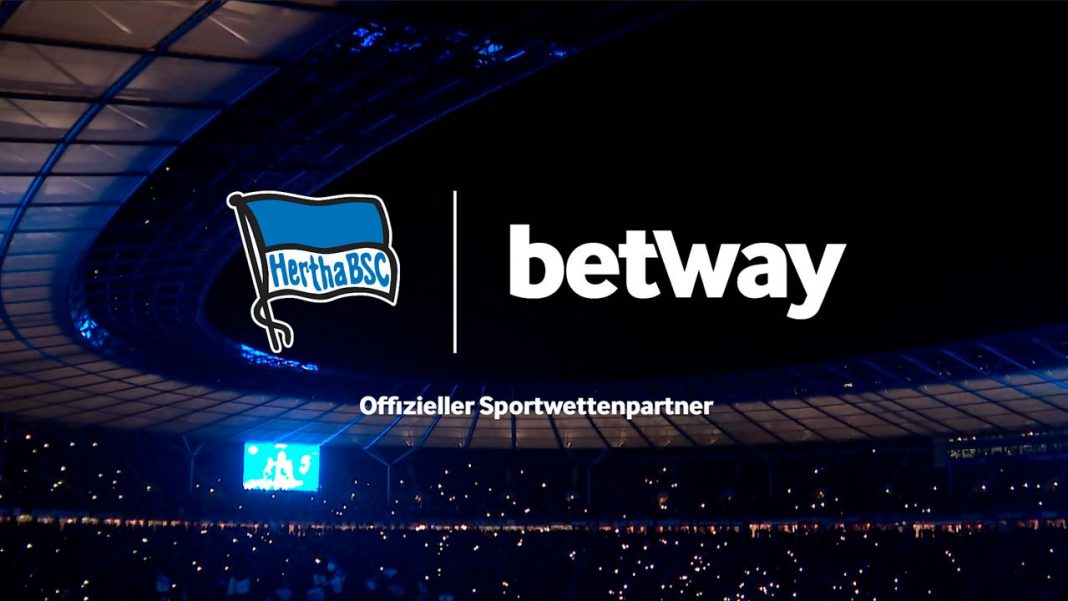 With the start of the 2020/21 season, the global online gambling company and the German capital city club are entering into a long-term partnership.

Going into the 58th season of the German Football Bundesliga Betway is announced exclusive sport betting partner of Hertha Berlin. With the new partnership, the leading online betting provider is expanding its existing partnerships in Germany, thus underlining its commitment to the German market and the Bundesliga. The partnership was initially agreed for three years and was placed by SPORTFIVE.

A major aspect of the cooperation will be the digital communication of the partnership, in addition to the presence on the LED-boards in the stadium.  Betway will be increasingly represented on the social networks, the homepage and the Hertha Berlin app.

Anthony Werkman, Betway CEO, said: “Our brand is well known among football fans in Germany, with our range of partnerships held in the top two divisions of the Bundesliga over the last few seasons. This is a fantastic opportunity for us to showcase our product to fans of one of the oldest and well-established clubs in the country.”

Ingo Schiller: “Betway has been on the market for a long time and is a reliable partner of the sport, which we are pleased to have at our side. Especially in these challenging times, we appreciate such a commitment to Hertha Berlin.“

Thorben Jeß, Vice President Team Hertha BSC from SPORTFIVE adds: “Despite the current difficult situation, caused by COVID-19, we are very happy to have found a new sports betting partner for Hertha Berlin in Betway. With this partnership, Betway not only secures another traditional club in the German football league, but also various exciting opportunities to make an appearance as a partner of Hertha Berlin. We are pleased about this new partnership and look forward to our common future. “

AC Milan and FC Internazionale draw 2-2 in the first-ever virtual Milan Derby on...

Sportradar brings the K League to a record number of territories ahead of 2020...