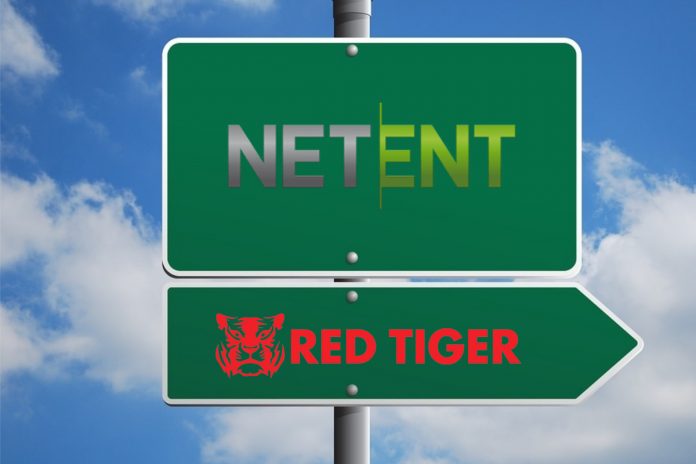 NetEnt continues to increase productivity and strengthen its competitiveness, and the integration of Red Tiger is an important part of this process. To support and speed up the integration, NetEnt intends to accelerate the payment of the earn-out consideration for Red Tiger through a directed issue of B-shares to the sellers of Red Tiger.

NetEnt acquired Red Tiger in September 2019. In conjunction with the acquisition, it was announced that an additional consideration amounting to maximum GBP 23 million could become payable in 2022 on an earn-out basis, subject to Red Tiger’s financial performance over the coming two years. Since the acquisition, Red Tiger’s financial performance has exceeded the company’s forecasts by a wide margin. By facilitating a full integration, the potential to extract synergies increases for NetEnt, both in terms of revenues and costs. One example of revenue synergies already having a positive effect is the first jointly developed game, Piggy Riches, which was released in January 2020 and which so far has been the best game release ever for Red Tiger.

In order to support the integration of the companies, NetEnt has today agreed with the sellers of Red Tiger on an addendum to the share purchase agreement (SPA). This means that the conditions for payment of the earn-out consideration are deemed to have been met. Half of the earn-out consideration is to be paid through a directed issue of new B-shares in the second quarter of 2020, and the rest as cash in the second quarter of 2021.

The addendum to the SPA is subject to approval of a directed issue of 6,327,175 B-shares to the sellers of Red Tiger by the Annual General Meeting (AGM) of the shareholders of NetEnt, scheduled for April 29, 2020. The new shares will be issued at a price of 21.34 SEK per share, which corresponds to the volume-weighted average price of NetEnt’s B-shares on Nasdaq Stockholm during the period of February 24 – March 20, 2020.

As a result of the proposed new share issue, the share capital of NetEnt will increase by approximately 31,762 SEK to 1,237,219 SEK. The total number of shares outstanding after the share issue will amount to 245,458,035, split between 33,660,000 A-shares and 211, 798,035 B-shares. These numbers are adjusted for previously repurchased shares amounting to 1,000,000 B-shares. Consequently, the share issue leads to a dilution of 2.6 percent of total shares and 1.2 percent of total votes of the company on a fully-diluted basis (i.e. based on the total number of shares and votes outstanding after the share issue).

The sellers of Red Tiger commit not to sell the newly issued shares during a lock-up period until March 2022. One of the sellers is Gavin Hamilton, CEO of Red Tiger and newly appointed Chief Operating Officer of NetEnt.

NowBetNow shortlisted for EGR B2B Award on the back of winning coveted Landmark Award...