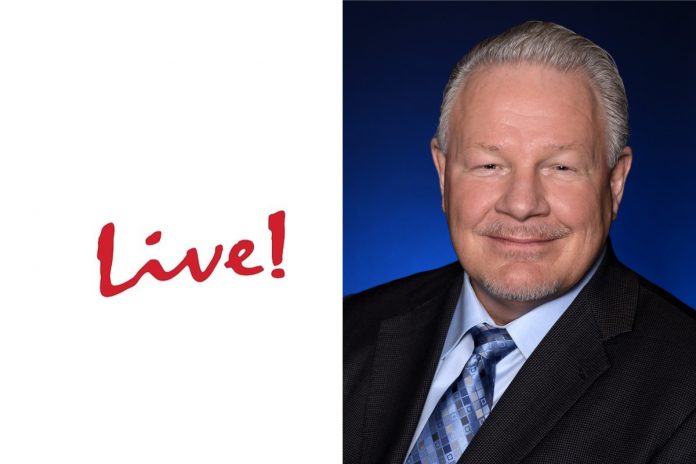 Cordish Gaming Group, a division of The Cordish Companies, announced the appointment of SEAN SULLIVAN as GENERAL MANAGER of the new $150 million Live! Casino in Westmoreland County, Pennsylvania, set to open in 2020.

In his role as General Manager, Mr. Sullivan will oversee development, opening and oversight of the day-to-day management and operations of the first Live! branded gaming facility to open in the Commonwealth of Pennsylvania.

A gaming industry veteran with more than 40 years of experience, Mr. Sullivan has held leadership positions with several prestigious gaming companies in a variety of U.S jurisdictions, including Las Vegas, Lake Tahoe, California, and Colorado. Before joining Live!, he served as General Manager at Treasure Island Resort & Casino in Red Wing, Minnesota. Prior, he was the Vice President of Special Projects at Pinnacle Entertainment in Las Vegas, Nevada.

During his career, he also spent nearly a decade as Vice President and General Manager of Meadows Racetrack & Casino in Washington, Pennsylvania, located just 25 miles southwest of Pittsburgh. His extensive experience in the gaming and hospitality sector, as well as his knowledge of the Pennsylvania market, will lead the Live! brand towards significant growth as it opens its newest endeavor.

“As Cordish Gaming Group proudly expands into new jurisdictions, we have made it a priority to hire experts of the highest caliber in the industry to lead our new Live! developments and we have certainly found that with the appointment of Mr. Sullivan,” said Rob Norton, President of Cordish Gaming Group. “Under his leadership as General Manager, we are confident the new Live! Casino will become the premier gaming and entertainment destination in the Pittsburgh market and deliver the same excellent customer service that guests have come to expect at all our Live! locations.”

The online voting stage for the BSG Awards 2022 is live, vote for your...