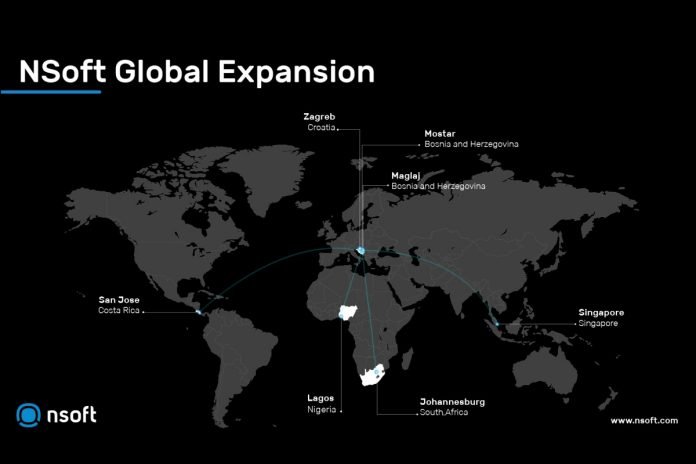 NSoft made international growth one of its investment priorities for 2019 and the global expansion plan is smoothly reaching its targets on the world’s largest markets.
The company’s presence has steadily increased in accordance with the action plan and now, besides the HQ in Mostar and Maglaj office, NSoft has offices in Croatia, SAR, Costa Rica, and Singapore.

NSoft’s CEO, Igor Krezic commenting on the company’s strategic plan says: ‘’ NSoft has begun building successful teams outside its comfort zone in its core region. This ambitious global expansion plan is fueled by the industry’s recognition and awards that are following NSoft’s product innovations. When you think about the betting industry opportunities globally, there’s a massive market out there, a huge number of businesses that you can potentially reach out to.”

The core betting markets are “not tapped, but they’re definitely a little more saturated,” said Krezic: ‘’The company added a new sales force in 2019 that will be in charge of the emerging markets as well. The entire NSoft’s business team has grown exponentially, even over 200%’’, he noted.

Such overseas business development could not be realized merely by the efforts from a single HQ point. The significant manpower had to be hired, the one that can interact with foreign customers, participate in overseas exhibitions and conferences, and even build reliable acquaintances for cultivating sales channels, with the managers themselves traveling overseas.

In order to share its know-how, NSoft has, for example, organized conferences and events in Bosnia and Herzegovina. NSoft Days were an excellent opportunity for the existing clients to get familiar with novelties and upgrades of the company’s product portfolio. Aligning sales and marketing forces has led to increased customer care and more sensitivity to customer expectations.

Two years ago, NSoft’s data provisioning requirements have grown tremendously thus the entire full-fledged NSoft Data Service team has been introduced to the everyday operations and is on the client’s disposal. Having a single source of truth in the global market is now mandatory. The NDS team is currently operating a Data warehouse (DWH) capable of nearly real-time processing and ingesting millions of data points per second which then feed into NSoft’s analytics layer.

One of the ways through which data analytics provides value is by improving the existing product portfolio wherever possible. By providing services of statistical analysis, testing product logic, identifying malicious player behavior as well as positive player feedback, the NDS team aims to implement their findings and insights into bettering each of NSoft’s products.

Commenting on NSoft’s next stage of growth Krezic says: “ We change entertainment, security and health with technology. With global internet growth, this NSoft strategy of the global-local approach has become a viable option. NSoft has a model that is working consistently finding ways to tap into growing trends and keeping its ownership position in the betting industry’s innovations.”