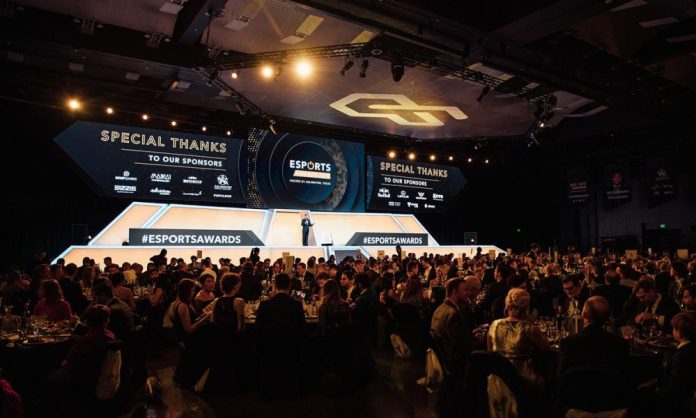 The Esports Awards, the most prestigious night in the esports calendar, is excited to present the finalists for this year’s creative & collegiate categories which include the likes of FaZe Clan, Team Vitality, and LittleJem with voting now live. This year’s Esports Awards will be hosted at Resorts World Theatre in Las Vegas on December 13th.

The finalists were announced by Parker “Interro” Mackay, Yinsu Collins, & Thom “Fdot” Badinger as part of Esports Awards’ fourth Spotlight Show of the year. The show also featured a quiz where a VALORANT expert Yinsu and Rainbow 6 expert Interro went head-to-head to see who knows more about esports.

The Spotlight Show also played host to an interview with Jake Lucky, esports personality, interviewer, presenter, and reporter, who discussed Full Squad Gaming’s nomination for Content Group of the Year, an organisation he recently joined. Lucky is an esports apparel enthusiast and co-founded Esports Closet – an organisation focused on promoting and displaying the best apparel and merchandise from the esports industry.

The full list of creative and collegiate award finalists are:

Esports Apparel of the Year

Esports Cosplay of the Year

Esports Creative of the Year

Esports Creative Piece of the Year

Esports Creative Team of the Year

Esports Collegiate Program of the Year

Esports Collegiate Ambassador of the Year

“It is such an honour to bring together so many talented individuals, organisations, and brands from across the globe and provide a platform for them to get the recognition and celebration that they deserve. I am so happy to see the massive amounts of growth in the creative categories this year and look forward to welcoming everyone to a night of excitement and celebration in Las Vegas in December.” Michael Ashford, CEO, Esports Awards

The 2022 Esports Awards is brought to you in partnership with Verizon, Plarium, Truman Factory, Secretlab, Sizzle Creative and Tyson Foods.

Yggdrasil and Reflex Gaming fire up the engine in search of wins in Time...

Next Games Withdraws Outlook for 2021, Previously Issued Outlook Is No Longer Probable And...