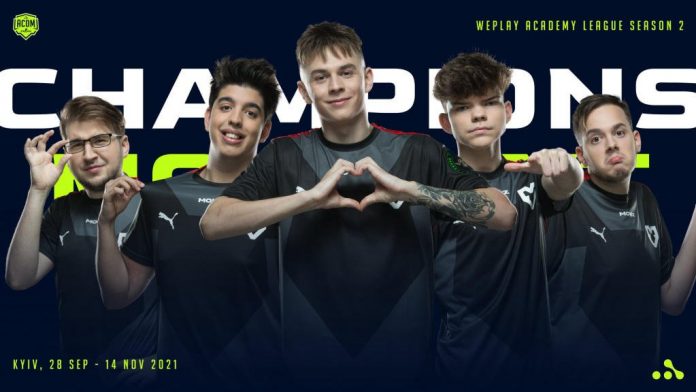 On November 14, the second season of the Counter-Strike: Global Offensive tournament for young players, the WePlay Academy League, ended. As a result of 14 game days, during which 23 matches were played, team MOUZ NXT became the winner of the season. Its opponent in the final Bo3 series was the NAVI Junior organisation, which lost the win with a 2:0 score.

The playoffs were held from November 12 to 14 at the WePlay Esports Arena Kyiv between the teams NAVI Junior, Young Ninjas, MOUZ NXT and BIG. OMEN Academy.

In addition to the prize money, team NAVI Junior gets the Runner-up Award from WePlay Collectibles. The prize was created to support the aspirations of youngsters on their way to the professional esports scene.

The WePlay Academy League was founded this summer by WePlay Esports with the support of leading esports organisations. The goal of the project is to provide a platform for budding esports players to develop and hone their skills. It was possible to watch the broadcast in Russian and English on the tournament operator’s Twitch and YouTube channels.