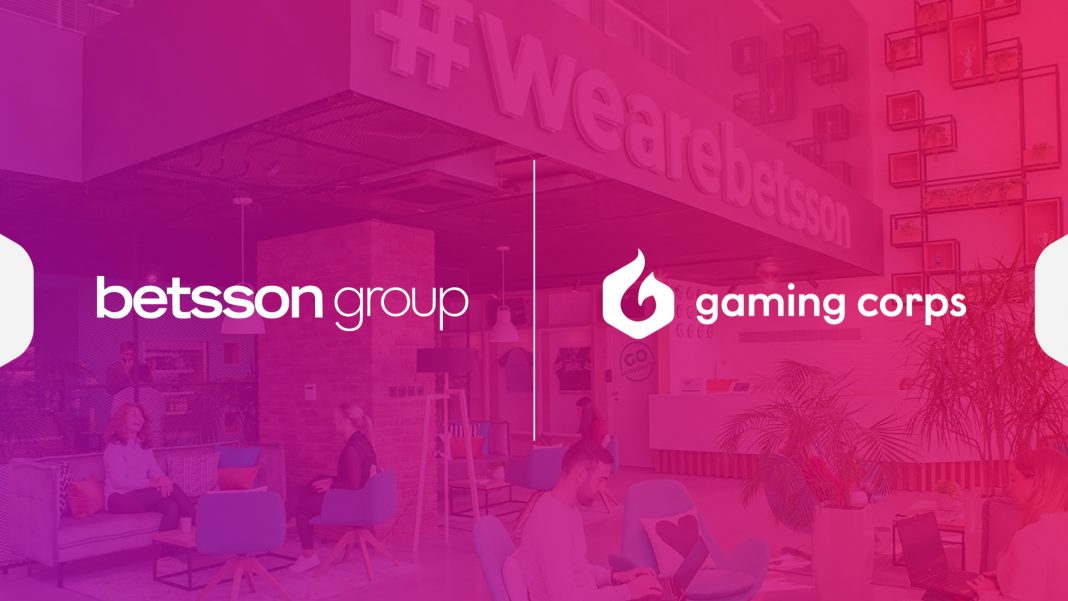 Publicly listed Swedish game developer Gaming Corps has entered into a comprehensive partnership agreement with iGaming pioneer Betsson Group. The agreement is chiefly comprised of three parts, the first of which concerns distribution of Gaming Corps’ complete iGaming portfolio to Betsson Group’s fully and partially owned online casinos under brands such as Betsafe, Europebet and NordicBet. The second part concerns the bespoke adaption of upcoming Multiplier Games as well as upcoming Blackjack games for several of the Betsson Group brands. The Gaming Corps Multiplier Games are fast casino games inspired by crypto currency crash games, on route to being launched under the new product brand iJect. The third part concerns bespoke development of a new type of game which will be offered exclusively via Betsson Group online casinos.

“Gaming Corps is demonstrating real innovation with their iGaming portfolio. The upcoming Table Games and iJect series of Multiplier Games resonates with how Betsson Group sees the industry going forward, and together I believe we can position ourselves at the forefront of this development. In addition, we are impressed with the speed at which Gaming Corps has been able to develop new products which has led to partnering on creating an exciting new type of game. It will be interesting to follow how this cooperation unfolds and I am confident that we will build market value for both parties.” says Paul Malt, Head of Games, Betsson Group.

“This agreement constitutes a significant milestone in Gaming Corps’ development and is evidence that the products we have chosen to invest in are leading the Company on the right path. We are incredibly pleased to be entering into a partnership with one of Europe’s leading iGaming companies, a player responsible for driving the industry forward over the course of many years, having left a significant imprint on it, not least here in Sweden. Now we are given the opportunity to not only offer our games to all of Betsson Group’s many players around the world but also, in collaboration with a tremendously industry-savvy team, develop the next generation of casino games. That is a challenge I know our talented team members will meet. I would like to thank Betsson Group for good cooperation, we look forward to working on many exciting projects together in the future.”  says Juha Kauppinen, CEO, Gaming Corps.

The agreement furthermore includes some exclusivity for Betsson Group on Gaming Corps’ upcoming iJect series of Multiplier Games in Italy and Georgia. Distribution of the full Gaming Corps portfolio will be carried out via iSoftbet’s Game Aggregation Platform (GAP).

“As we continue to develop our product portfolio, I believe Gaming Corps is on the right track of offering the type of innovation that large operators are looking for in an increasingly saturated market. With our upcoming products we have let gamification lead the way, and that represents the core of this new partnership with Betsson. I am very excited to get
started on our collaboration.” says Alex Lorimer, Head of Business Development, Gaming Corps

Kamloops Man Over the Moon after Out of this World $35 Million Lotto Max...

Who doesn’t want to be a millionaire? Visit G at ICE for the...