Home eSports BLAST team up with Twitch and Amazon ahead of inaugural Apex Legends... 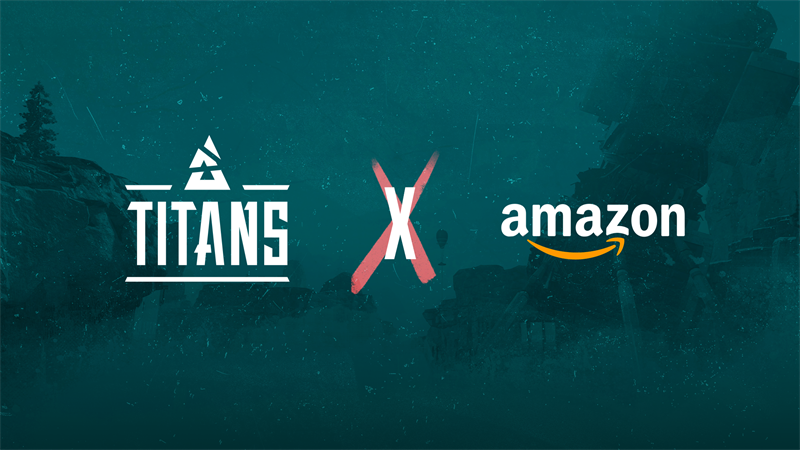 BLAST will team up with Twitch and Amazon ahead of this week’s inaugural Apex Legends event BLAST Titans – where Europe’s best teams will compete against each other for a €40,000 prize pool.

Twitch and BLAST will work together to focus on enhancing viewer and fan experience of the tournament through unique features like Twitch chat and Drops – that will reward fans tuning in and watching the second weekend’s Arenas Mode action unfold online.

As part of the deal, BLAST Titans will broadcast exclusively on Twitch, where the English language broadcast will be shown live from Twitch.tv/BLASTTV.

Amazon will own the ‘match predictions’ segment of the broadcast and social media activations, providing visibility to its Prime Gaming and online shopping offering. BLAST and Amazon will also work with influencers to engage the Apex Legends community throughout the tournament, offering a more integrated viewing experience to fans.

Leo Matlock, VP of Commercial at BLAST, said: “BLAST Titans is our first venture into the fast-growing game of Apex Legends and we’re thrilled to have two premium brands on board in Twitch and Amazon, this collaboration will help elevate the viewer experience for fans by integrating and capitalising on their leading channels.”

“Working together with this holistic approach will help bring another exciting dimension to the tournament, adding to our renowned broadcast and production. Apex Legends has become a popular game with fans and provides another opportunity for BLAST, Twitch and Amazon to further grow and diversify our esports offerings.”

Stuart Wettenhall, Business Development Director EMEA at Twitch, added: “Apex Legends has held a special place on Twitch since its launch and we are delighted to bring this event to our European community, providing them with a truly unique, live, interactive and engaging experience like no other.”

Apex Legends has proved to be an in-demand game since its introduction in 2019. In April this year, EA announced the game had surpassed 100 million players, a 30% year-on-year growth and its esports event viewership had grown in line with the popularity of the game.

The inaugural BLAST Titans tournament (July 23-25 & July 31-August 1) will see 40 teams, including the likes of Gambit, Alliance and NAVI, competing online over two weekends of action with a €40,000 prize pool on the line along with added motivation of establishing themselves as the best team in Europe.

The first weekend (July 23-25) will be a double elimination battle royale event involving 40 teams, which will be made up of the top 20 European teams on recent form, 10 invited wildcard teams and 10 teams via open qualifiers. The second weekend (July 31-August 1) will feature the top 20 teams from weekend one, facing each other in the Arenas mode that was first introduced in the game only last month.

For more information please contact Joe Lovelace on email: joe@blast.tv or press@blast.tv or via phone: +44 7779602441