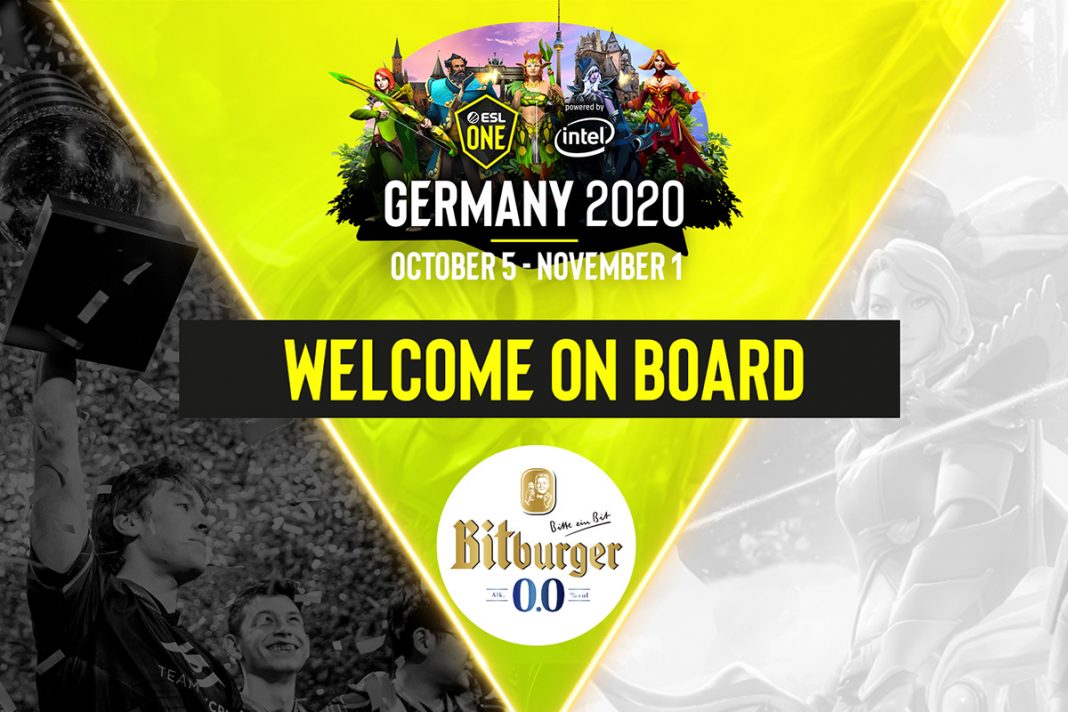 Bitburger 0.0%, a non-alcoholic beer brand, has become an official partner of ESL One Germany.

The brand had appeared as a supplier of ESL One Hamburg in previous years. The expansion of the partnership follows a recently expanded commitment at the national level, where Bitburger 0.0% functions as a Premium Partner with increased commitment to support the base of the Dota 2 community in Germany.

After a successful run throughout the first season of ESL Meisterschaft and further activations in the second half of the year, the partnership is now also continuing on the big stage. The brewery has been present successfully for many years, and with these steps continues to establish itself further in the esports scene.