Home Gaming Netflix Gaming: Squid Games ‘game’ could be worth £280 million a month 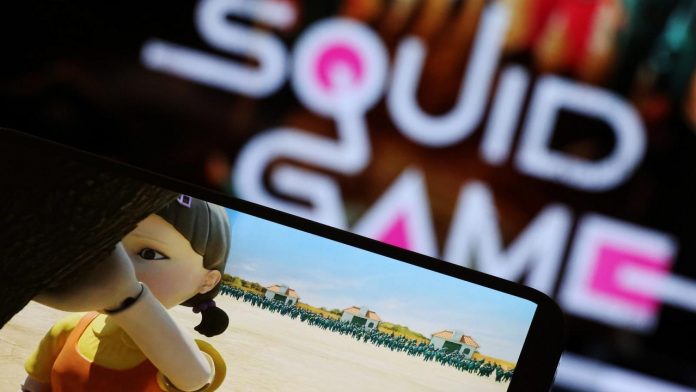 As of this week, Netflix Gaming is available globally on Android and IOS.

But just how much revenue could their new platform be worth when they launch the game versions of Netflix’s all-time most watched shows?

Since the revenue of the global mobile gaming market last year was £57.68 billion – it’s no surprise that streaming giant Netflix wants a slice of the action.

Currently, members can play five mobile games, two of which are based on Stranger Things.

Tech experts Repair Outlet have calculated the true value of what the platform’s most beloved films and TV shows would be if they were released as games on the app market.

For example, a ‘Squid Games’ game could make Netflix Gaming over £280 million in revenue every month.

Here are the full findings:

To reveal the potential revenue from Netflix Gaming’s future releases, Repair Outlet used the average revenue per player for the current top mobile games on the Android market, and then used Netflix’s monthly viewers per top title to calculate the potential value of a specialist game being released.

“Netflix is an entertainment giant, and it was only a matter of time before they delved into other forms of tech-focused entertainment other than streaming.

The mobile gaming industry is predicted to be worth $272 billion by 2030, and with the rise of high-performance smartphones rivaling the gaming function of many handheld consoles, expanding into mobile gaming was a smart and predictable move for Netflix.

Since Netflix already has such a gigantic, loyal viewership, we wanted to see what the potential revenue would be for them when they inevitably release the gaming versions of their most-viewed titles – with Squid Games alone potentially bringing them in over £280 million in revenue.”