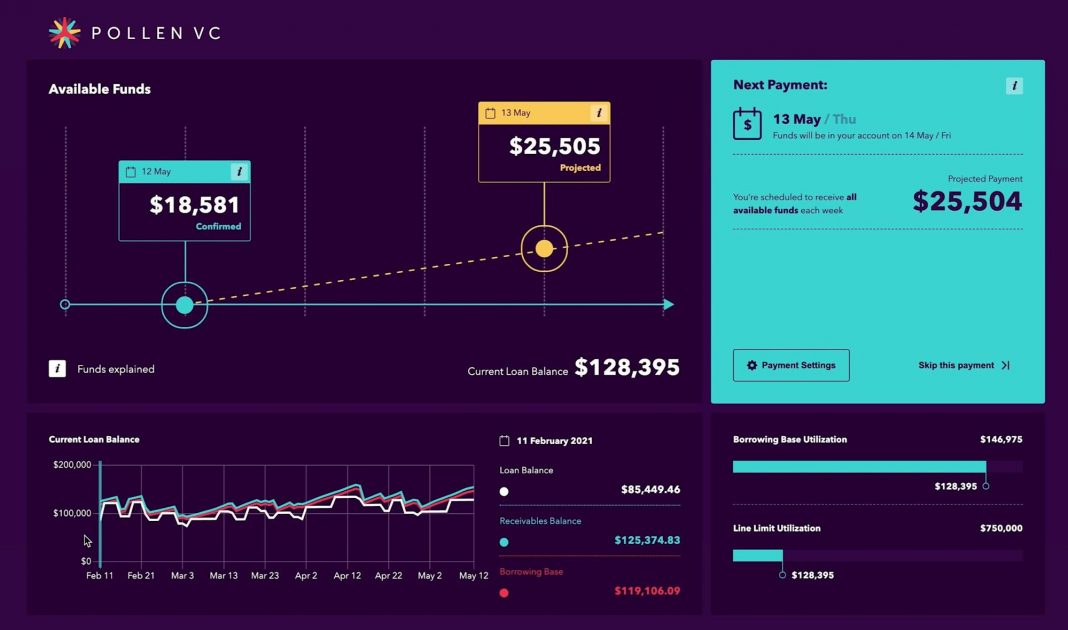 Fintech lender Pollen VC, a leading provider of credit facilities to app and game developers, has expanded the amount developers can borrow to up to 4x their monthly revenues. Pollen VC’s data driven credit models now have a more granular view of how revenue is generated over time, enabling them to expand credit lines based on live performance metrics. Access to additional capital via a transparent revolving credit facility enables developers to supercharge their growth without relying on venture capital or revenue based loans.

In contrast to the increasingly ubiquitous revenue-based lending (RBL) approach, Pollen VC provides a flexible line of credit that is based on a live picture of a developers accounts receivable (AR), plus an estimate of the residual value remaining in live user cohorts. The company had previously provided pure AR financing, but with the addition of the ability to borrow against the value of existing users combined into one simple facility, it’s now possible to borrow more via this model than through RBL, and with a much more transparent structure.

App and game developers rely on finance to help them market and promote their products whilst they wait to be paid from the Apple App Store or the Google Play Store. With more than $120Bn being spent on apps and games globally, these businesses face cashflow squeezes on a regular basis. Martin Macmillan, CEO & Founder at Pollen VC commented: “Developer revenue isn’t just realised at the point of download, monetization occurs over their consumer’s lifetime usage of the app or game. Our ability to base our lending decisions not just on AR, but also now in a developer’s existing user base is unique and will be a game changer for the industry. The amount of available credit is recalculated on a daily basis so as marketing performance improves, so the amount available to borrow will grow.”

“The revenue-based lending model works well for industries such as SaaS where stable, predictable revenue streams exist. But, in mobile gaming, users can churn much faster, making the model less applicable for the app and gaming sector generally, and opening up both developers and lenders to additional risk if loans can’t be repaid. Our “AR plus residual cohort” model is our take on the revenue-based lending model, but built from the ground up for our vertical” added Martin Macmillan.

At the core of Pollen VC’s vision is improving the financial literacy of developers. All too often developers rely just on equity financing to fuel their growth and don’t consider forms of alternative financing, sometimes needlessly diluting their equity instead of considering more capital efficient funding. Pollen VC has launched a range of resources for the app and game developer community to help them better understand their cash flow, financials and user acquisition metrics. The company’s CFO resources page includes a range of free to access calculators, content and templates to help the gaming and app development ecosystem improve their overall level of financial awareness and make more informed financing decisions.

Looking ahead, Martin Macmillan added: “We have worked with hundreds of app and gaming developers since 2014 and the industry has changed radically since the early days. Our new lending approach provides a breath of fresh air to the industry which will enable gaming and app founders to really understand their numbers and enable faster growth and the ability to scale in a capital efficient way. We will provide developers with greater access to capital and financial knowledge to really transform the industry”.

Pollen VC provides revolving credit lines to game and app developers to help them scale faster. Their finance works alongside venture capital funding as a non-dilutive complimentary funding source. Application criteria: the business must have one or more live apps on the Apple App Store or Google Play Store, $20,000 – $5,000,000 in monthly revenue and 3 months or more of transaction history in its business bank account.