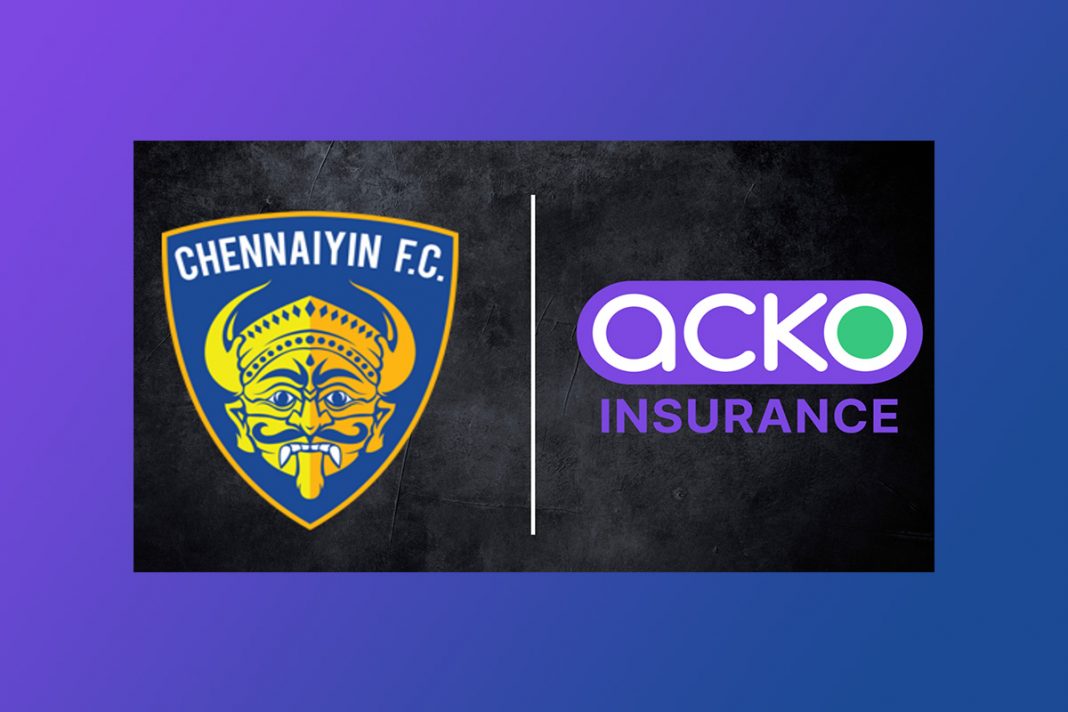 ACKO is currently one of the fastest-growing insurance companies in India with over 68 million unique customers. CFC and ACKO shared a fruitful association after joining hands for the first time in the 2020/21 season of the Indian Super League.

“After a successful first year of the partnership last season, we’re glad to welcome ACKO General Insurance back as part of the CFC family. The faith that ACKO have displayed in Chennaiyin FC is clear in the multi-year renewal that the brand has chosen to enter into with the club. We hope for a successful season ahead, insured by ACKO,” Vita Dani, co-owner of CFC, said.

Through this partnership, CFC along with ACKO will look to strengthen their association and engage with CFC’s passionate fan base across the country.

As a part of the deal, ACKO’s logo will feature on the right chest position of CFC’s kit. Through this association, both brands will work together to solidify their brand narrative that highlights “trust” as a key factor while buying insurance and on the football pitch.

“We are glad to extend our partnership with CFC and support this beloved football team. Last year, we also created some mini-game screenings to help the fans of CFC watch their favourite football team and we are hoping to increase further engagement with the fans. CFC and ACKO, in association with Akshaya Patra, have also undertaken various local initiatives to help the people of Chennai during the times of COVID,” Ashish Mishra, Executive Vice President of Marketing at ACKO General Insurance, said.

NSoft to integrate its virtual games to Apuesta Total’s web