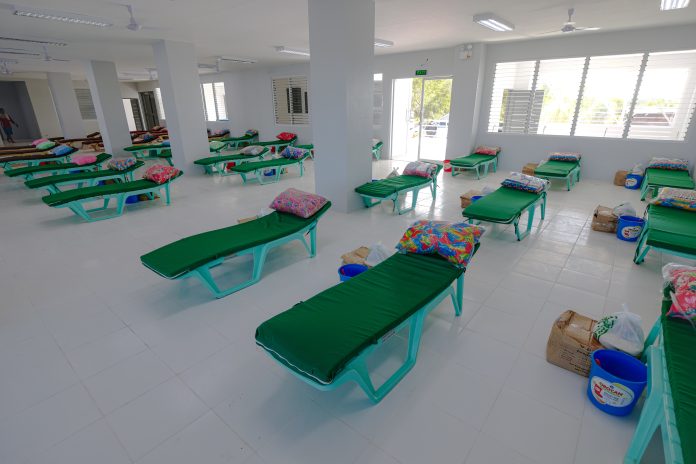 Every time typhoons and other extreme weather conditions would ravage the northern part of the country, locals of this flood-prone  coastal town would scurry to find a safe haven where they can seek shelter for a few days.

On November 11, 2022, the town’s lack of emergency facility has been addressed after the Philippine Amusement and Gaming Corporation (PAGCOR) formally inaugurated its Multi-Purpose Evacuation Center (MPEC) in Barangay Pangapisan here.

The inauguration of the P50 million two-storey emergency facility, which boasts of state-of-the-art amenities such as kitchen and storage areas, toilet and shower rooms for male and female, and lactating rooms for nursing mothers, among others, was a welcome development for thousands of families in said municipality.

Sixty two-year-old fisherman Jose Sison, Sr. is one of the locals who has experienced first-hand the life-threatening  dangers of flashfloods in their community. He lamented that such flashfloods do not only after their livelihood but also their lives. Unfortunately, the local government does not have enough evacuation facility for them.

During the recent Typhoon Paeng, which devastated many communities in different parts of the country, Sison and other older individuals remained in their village to guard their homes and properties, while the children were sent to an evacuation facility.

Lingayen Mayor Leopoldo Bataoil, who joined key PAGCOR officers in the inauguration of the MPEC building, expressed his gratitude to the agency for funding the construction of a much-needed facility in their town.

“We are grateful to our brothers and sisters in PAGCOR for making this project possible,” he enthused.

To date, a total of 16 MPECs have already been completed in different areas nationwide.

Synot Games Certified in the Netherlands