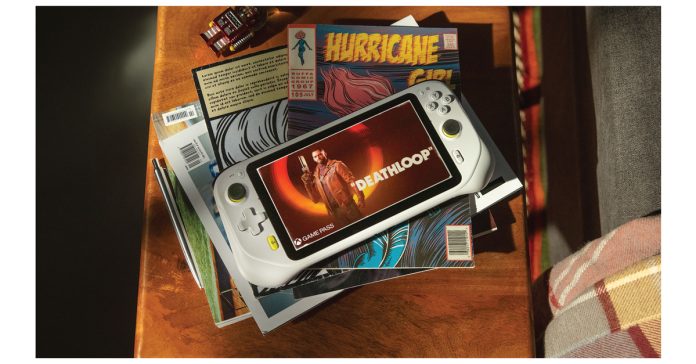 Logitech G, a brand of Logitech and leading innovator of gaming technologies and gear, announced the launch of the much-anticipated Logitech G CLOUD Gaming Handheld, a purpose-built gaming device for cloud gaming. The new device includes precision gaming controls, a full 1080p HD screen, amazing battery life, and a lightweight, sleek form factor that enables players to enjoy libraries of PC and console games from the cloud in a fun, new way.

“Cloud gaming is a super-exciting new way to play games. I love that you can access game libraries from anywhere. What we wanted to do was challenge ourselves to build a device that was perfectly optimized for cloud gaming. This meant precision controls – similar to a high-end Xbox controller – a large HD screen, amazing battery life and lightweight design so players can enjoy long gaming sessions, without any compromises,” Ujesh Desai, vice president and general manager of Logitech Gaming, said.

The Logitech G CLOUD Gaming Handheld was developed in partnership with Tencent Games and supports cloud streaming from Xbox Game Pass Ultimate and NVIDIA GeForce NOW. Players can also stream local games from an Xbox console with the Xbox app, their Steam games via SteamLink or download remote play apps, video streaming, and more via the Google Play Store.

“Xbox Cloud Gaming was built to enable players around the world to access Xbox games whenever they want, on the device of their choosing. At Xbox we’ve been on this journey to bring the joy and community of gaming to more people, and we’re excited to see Logitech G launch a cloud-gaming device that will delight players with Xbox games in more places,” Catherine Gluckstein, vice president Xbox Cloud Gaming at Microsoft, said.

“NVIDIA GeForce NOW is an open cloud gaming service that streams over 1,400 PC games, including over 100 that are free-to-play. It’s great to see Logitech G optimize the experience so gamers can enjoy their favorite PC games in an incredible new way,” Phil Eisler, vice president and general manager of GeForce NOW cloud gaming at NVIDIA, said.

First Casino in Thailand Likely to be Located in Bangkok Area