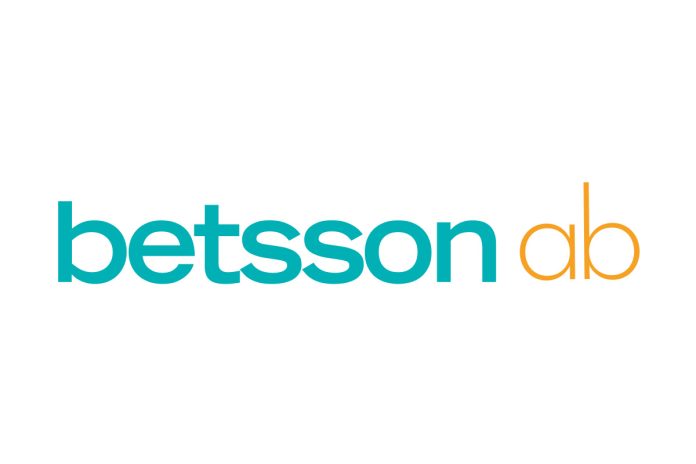 Betsson AB has published its interim report for the first quarter of 2022.

Some years ago, Betsson conducted an extensive review to capitalise on growth opportunities on the gaming market that would maintain profitability. The review resulted in the following strategic cornerstones: growth in existing markets, growth in new markets, strategic additions and acquisitions and investment in Business to Business, B2B. Thanks to a goal-oriented work from our employees, we have been able to take advantage of the growth opportunities identified, which has resulted in increased revenue and healthy profitability.

Betsson’s revenue increased during the first quarter by 8 percent (14 percent organic) to EUR 170.2 (157.4) million. Once again, new records were set for sportsbook revenue and in several individual markets. It has been said many times before, geographic diversification makes Betsson’s business less sensitive to disruptions in individual markets.

The launch in March of the proprietary sportsbook in the United States was an important milestone in Betsson’s continued global expansion. The US investment is primarily focused on presenting the US adapted sportsbook to other operators within the framework of the B2B offering. More specifically, we are initially using the Business to Consumer (B2C) offering in Colorado as a showcase for the sportsbook. Many months of hard work from the product and technology teams were required to create a competitive sports product for the American market.

Starting this quarter, developments in Latin America will be reported as a separate region in our financial reports. The region is developing very satisfactorily. Market presence has also been strengthened in Latin America through the launch of our offering in both the City and Province of Buenos Aires, Argentina. To support the region’s growth, Betsson has built up a regional hub with central functions to serve local markets based on their respective conditions. The assessment is that these markets are still in their early stages in many respects and that growth opportunities for the coming years continue to be positive.

Although Betsson has several highlights to celebrate in the past quarter, the geopolitical developments in the surrounding world are concerning. The Russian invasion of Ukraine has led to incredible human suffering and created a high level of uncertainty in many countries. Belarus’ active choice to get involved in the conflict on the Russian side led to Betsson’s decision to return the local license and completely shut down the operations that was building up in the country. The conflict has also brought that Betsson-contracted developers in Ukraine could in some cases be evacuated to Malta and Budapest, in other cases to less dangerous areas of Ukraine. Betsson sets the safety and health of its employees at the highest priority and is therefore carrying out ongoing efforts to ensure their security.

During the quarter, further efforts were made to promote responsible gaming. Through increased training efforts and earlier customer interaction et cetera, the trend of the share of red-flagged customers has decreased during the last years.

Looking ahead, we are seeing more undertakings on the horizon. Our ambition is to further strengthen our presence in North America by operating under a new license in the Ontario region in Canada starting this summer. We also aim to launch in Mexico together with our local partner Big Bola Casino in 2022.

Applications to operate in the Netherlands under the new license model were submitted during the quarter in line with the Group’s plan.

All in all, the year has been off to a good start as there are many important activities that we look forward to during the remainder of 2022.