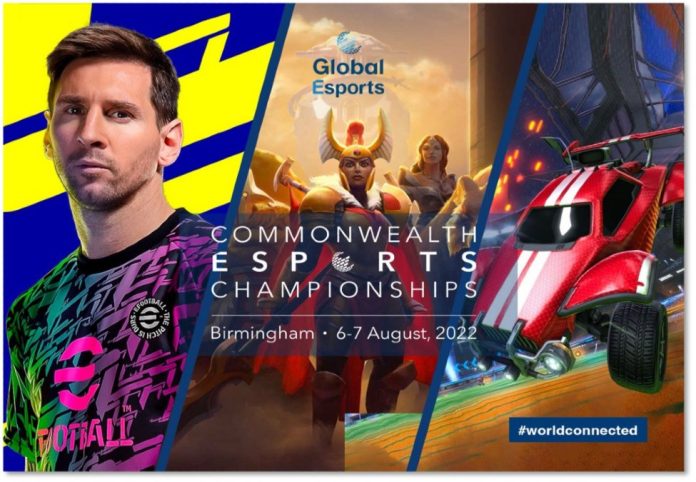 Further details of the inaugural Commonwealth Esports Championships, set to take place on 6th-7th August at Birmingham’s International Convention Centre, have been revealed.

British Esports, as a member of the Global Esports Federation, will fully support the Commonwealth Esports Championships, and coordinate and support the European teams. Mark Weller will be Team Manager for England, John Jackson and Esports Wales will be selecting the Welsh players, and James Hood and Esports Scotland will be selecting the Scottish players. Support will be given by BEA to the European teams in the live finals per title.

Each tournament will have a Women Category and an Open Category.

“We are proud to feature some of the world’s leading esports titles on stage in Birmingham’s International Convention Centre (ICC) over the weekend of August 6-7. We look forward to creating the opportunity for players and athletes from across the Commonwealth to shine on a truly global stage at this historic inaugural Commonwealth Esports Championships,” Paul J. Foster, CEO of the GEF, said.

“Alongside the GEF, we are delighted to unveil three major titles for the Commonwealth Esports Championships in Birmingham this summer. There is no doubt this innovative and exciting event will create new learnings and opportunities for us to further explore esports. The Commonwealth has a combined population of more than 2.4 billion with over 60% of them under the age of 30. This is a vital group for the Commonwealth Sport Movement to engage with, and esports can be an important part of this work due to its huge popularity and reach with young people across the world,” Katie Sadleir, CEO of the CGF, said.

RemoteMyApp teams up with 505 Games to bring new exciting content as part of...

A GAME OF TWO SCARVES: JAMIE REDKNAPP INVESTIGATES THE TRAGEDY OF HALF-AND-HALF SCARVES IN...

WePlay Esports invests in Organization.GG, a platform which helps pro gamers and streamers to...