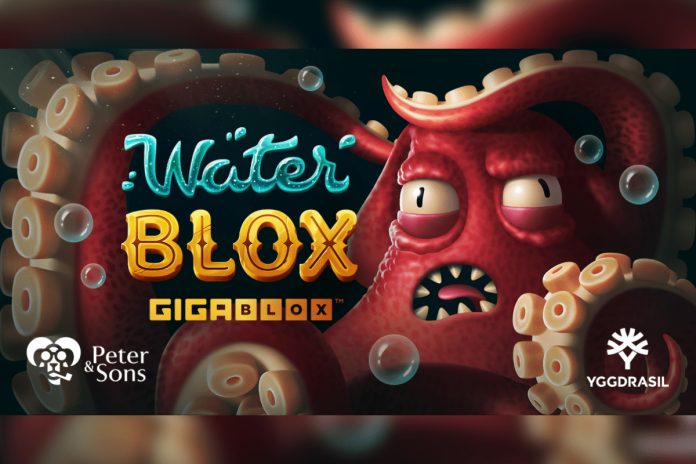 As curious creatures make their way from the sea and into the fjords, Yggdrasil and Peter & Sons invite players to journey to the summit of the falls alongside a mystical Shaman to catch these bountiful beasts for great rewards.

Wild Re-Spins are triggered randomly during base gameplay, turning between one and three symbols wild. After awarding a win a re-spin is triggered in which these wilds roam. The size of the wild symbol determines the number of roaming wilds, meaning a 6×6 block would award six roaming wilds.

If players land five or more scatter symbols on the game grid they will trigger the Monster Free Spins bonus game. The number of free spins awarded is equal to the number of scatters that landed.

Every spin during the bonus will trigger Wild Re-Spins. Each wild adds points to a meter which can increase the number of free spins. A Monster Multiplier also brings a win multiplier into play up to a maximum of 10x. In addition to this each new scatter that lands will also award an extra free spin.

Stuart McCarthy, Head of Product and Programs at Yggdrasil, said: “We’ve seen some truly fantastic Gigablox slots arrive in casino lobbies since the mechanic made its debut in 2020, and the latest release from Peter & Sons sees another fantastic use of our most popular Game Engagement Mechanic.”

Yann Bautista, Business Development Manager at Peter & Sons, said: “We’re immensely proud to work alongside Yggdrasil to create memorable slots such as Water Blox Gigablox™. We’re confident this release will resonate with players and will see them enjoy an incredible gaming experiences.”

FIVE THINGS THAT WILL FUEL THE GROWTH OF ESPORTS INDUSTRY