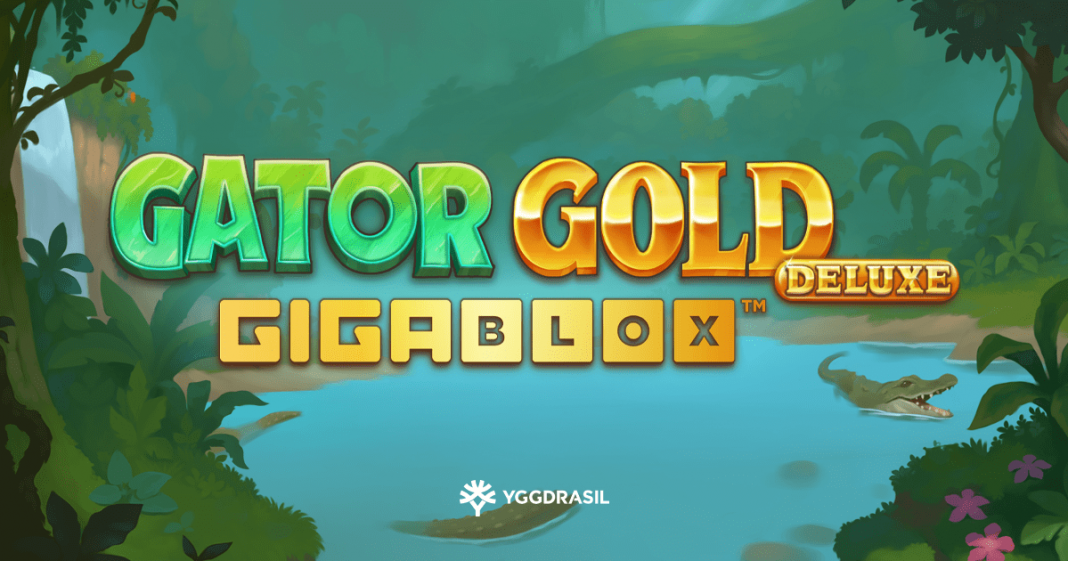 Yggdrasil, the leading worldwide publisher of online gambling content, has released an upgraded version of its thrilling Gator Gold hit, with even more features and win potential.

Two types of wilds are present in Gator Gold Deluxe Gigablox, Gator Wilds and Multiplier Wilds. The multipliers can be cumulative as well, for even bigger wins on a single spin.

The Golden Gator symbol pays out if just two symbols land in a winning combination, rather than three.

Five or more scatter symbols will trigger the free spins, with each symbol awarding between one and three free spins. Each scatter that lands during the bonus round will award an additional number of free spins.

During the bonus round, collecting three upgrade symbols will see the lowest high-paying symbols removed. If enough upgrades are collected, eventually every high paying symbol will just be the Super High Pay Golden Gator.

Gator Gold Deluxe Gigablox is the latest Yggdrasil title to incorporate one of its innovative Game Engagement Mechanics (GEMs), which have swiftly become hugely popular among both players and YG Masters partners alike.

Stuart McCarthy, Head of Product and Programs at Yggdrasil, said: “Gator Gold Gigablox was a huge hit for us earlier this year, so its back even bigger and even better in this newest version.

“Gator Gold Deluxe Gigablox mechanic returns. With multiple wilds, upgrade symbols and a max win potential of 20,000x, this is another fantastic addition to our portfolio.”