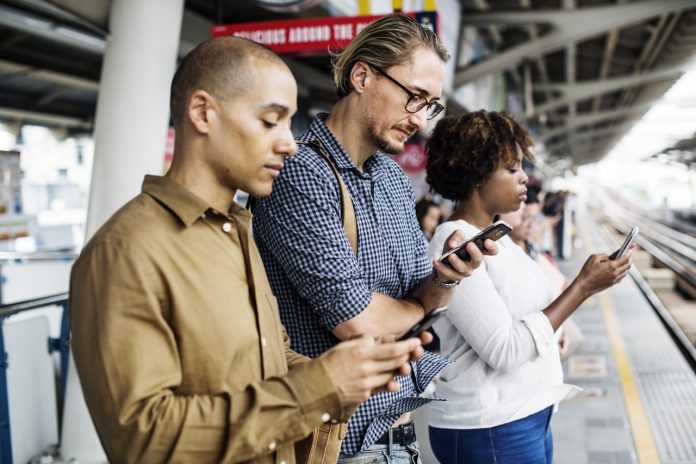 Belatra Games’ fresh new slot, 500 Juicy Fruits, has burst into life and is available on the specialist online slots developer’s portfolio just in time for the summer. 500 Juicy Fruits is a tasty video slot set against a rich tapestry of eye-popping colours and a mood-lifting soundtrack. Lucky7 symbols are blended on the reels with a cocktail of Watermelons, Lemons, Oranges, Plums, Grapes, Strawberries and Cherries.

WorldMatch has released its new online slot, DiWINity. This new 5×3 slot reprises the theme of Greek opulence and unbridled luxury in which the gods would bask. There are 20 fixed winning lines. Reels are filled with letters in screaming colours, decorated with Hellenic designs. Players will see Zeus and his children appear, every one of them accompanied by elements that distinguish them: Artemis with the arch, Athena with the sparrow (ready for a fight), Apollo with the harp, Zeus with the thunder and Aphrodite in her shell.

Yggdrasil and YG Masters partner ReelPlay have released their latest Infinity Reels creation, Tiki Infinity Reels Megaways. Taking place in a south pacific island, the 3×3 grid adds an extra reel for every winning combination, while also triggering a respin. This sees reels expand continuously until wins are no longer possible, adding an increasing multiplier for every successful spin for huge wins. The Gold Tiki symbol acts as a Wild across the reels, while a Volcano symbol acts as a scatter, with it also paying anywhere, rather than the traditional left-right.

Lightning Box is set to delight players with Enchanted Waysfecta, a stunning new title that marks the debut of its exciting Waysfecta mechanic. Set in a magical forest and inspired by the Nutcracker Suite ballet, it features a host of colourful characters including a young woman, wise owl, key-carrying mouse and an evil stepmother. It also features Lightning Box’s exciting new Waysfecta device, which is primed to deliver up to 15,552 ways to win!

Inspired Entertainment, Inc is pleased to announce the launch of Big Spin Bonus

Turning up the heat this summer is SPICY MEATBALLS, a sizzling hot new slot from Big Time Gaming that launches today exclusively with Unibet. From the groundbreaking team that brought you Who Wants to be a Donuts and Extra Chilli, BTG‘s latest food-themed offering promises that “every bonus adds an extra meatball“, which begs the question: how many meatballs can you handle?

Wazdan, is set for a brand-new claw-some Asian adventure in its latest hit Midnight in Tokyo. The supplier’s immaculate new game is a 5-reel, 243+ ways to win escapade combining a number of the developer’s most popular features in the latest instalment in its Hold the Jackpot series, with players being able to win up to 3,000x their stake. Two types of innovative Wild Splitters are present in the game, both of which increase the number of ways to win using Wazdan’s splitter mechanic.

Stakelogic, the pioneering online casino game developer, has debuted the latest title in its suite of popular classic slots, Joker Wild Blaster. The game has been developed in partnership with Hurricane Games, which was recently acquired by Stakelogic, and via the provider’s innovative Greenlogic® Program. As the name suggests, Joker Wild Blaster is all about landing Wilds to trigger big wins. Wild symbols can Expand and there is also a Wild Multiplier that can turn a big win into a mega win.

Green Jade Games is encouraging players to step into the ring and fight for big wins in the latest title in its innovative knockout series, Prizefighter K.O. The game uses a 6×4 reel matrix with 50 ways to win with every spin. Players are very much the favourite to emerge victorious and are helped through the bout with three bonus features. The one that packs the biggest punch is EverWin. This is active during Champion Mode Free Spins and sees the player receive their biggest win throughout the bonus applied to each Free Spin.

The newest game in Play’n GO’s portfolio, Hotel Yeti-Way, gets us in the mood for summer.  The treacherous Himalaya trail is full of peril. Many unsuccessful adventurers have had no option but to turn back before reaching the top. After a Yeti comes across a discarded case of supplies and money, he decides to take a break from the icy mountains and head to a tropical paradise, we mean… Who wouldn’t? An already action-packed slot game, the use of the Dynamic Payways heightens the thrill further as it gives players more ways to win with every Free Spin.

Push Gaming has launched a pirate-themed slot with a difference in its latest title, Booty Bay. Swashbuckling adventures are abound in a tropical cove that’s full of hidden plunder buried beneath the sun-drenched sands of the Hotzone, where players will find the biggest win potential. To make the most of this loot-laden section, the base game is transformed by triggering different features when the moving Booty Wilds land in the 3×3 square. Unlike typical pirate themed slots, progressive unlimited respins are then generated.

Kalamba Games is bringing out of this world excitement and galactic wins to players in its latest title, Cosmic Charms. Set in the vast emptiness of space, the game offers a classic fruit slot experience but with added features that take excitement to astronomical levels. Cosmic Charms introduces a brand new Cashpot mechanic with five available levels set above the reels waiting to be claimed if the Quasar symbol behind each column is revealed.

Booongo, has released its latest creation in partnership with the boutique studio Kendoo, Pearl Diver. The 3×5, 10-payline underwater adventure slot provides a huge win potential of 3,000x, with the gameplay focused on a Diver who acts as both a Wild and Scatter as he attempts to unearth valuable pearls hidden in the depths of the ocean. Three or more Diver symbols trigger the Free Spins mode, during which further appearances of Divers will grant additional spins for players to enjoy.

Pragmatic Play, has launched its new Viking-inspired venture Lucky, Grace & Charm, headed by an all-female group of warriors. The highly volatile slot takes on a stunning Norse theme and is played on a 3×5 layout, overlaying a mystic harbour filled with Viking longships. The title’s striking visuals are complemented by a stirring soundtrack and innovative features that ramp up the excitement on offer.

NetEnt, the premium casino content supplier, which is part of Evolution Group, has launched Starburst experience and turbo-powers it to a different dimension. StarburstTM XXXtreme is a kaleidoscopic 5×3 slot that includes the iconic Wilds of Starburst Wilds when activated.

True Lab presents a new, top-notch quality adventure game, inspired by a classical Egyptian theme. Battle-seasoned treasure hunters will fall for its immersive blend of canonic setting, spellbinding visuals, and an unconventional approach to game mechanics. The Bonus Buy feature is aimed at purpose-oriented players, who prefer instant access to Free Spins. No more beating around the bush!

Yggdrasil, has rolled out the first YG Masters hit incorporating its thrilling Game Engagement Mechanic (GEM) MultiMax, together with Bulletproof Games. The 3×5 slot features cascading reels, where all winning symbols are removed, allowing new symbols to fall in their place. Cascade+ is a mechanic where the chaining of multiple wins increases the players’ position on the free spins trail – the further they climb the more spins are awarded.

White Hat Gaming rolls out PAM and Travelling Wallet in Kansas as the market...