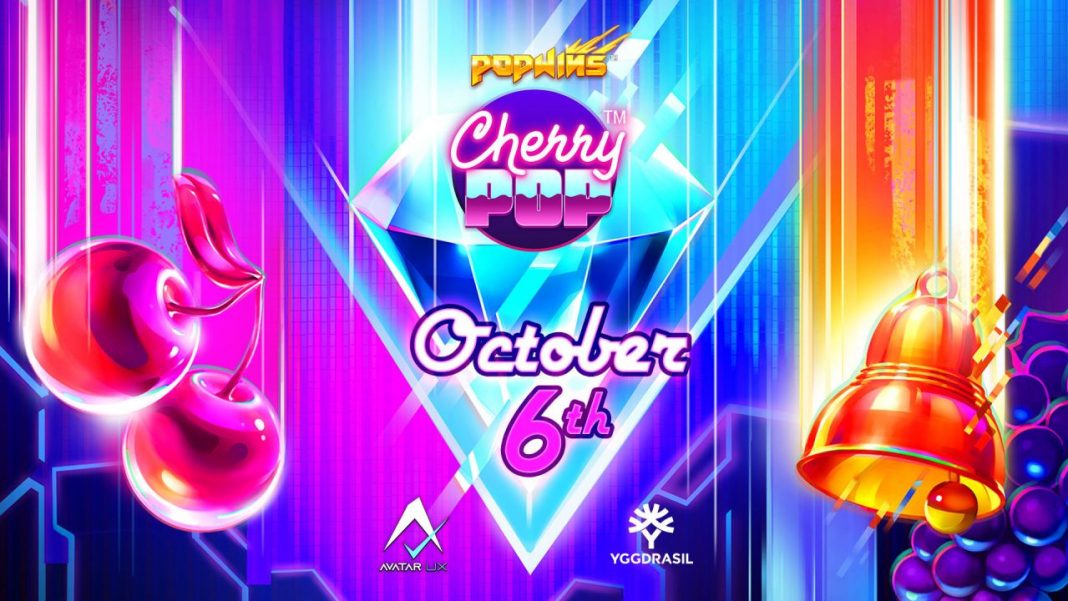 From tomorrow the October 6th, visionary games studio, AvatarUX a Yggdrasil Masters Partner will be delivering CherryPop and WildPops is the third installment in the PopWins a perfect slot for gaining mass-market traction.

Nevertheless, with a betting level from €0.20 to €40.00, respectable RTP of 96.14%, and a base game hit rate of 22% – CherryPopdoes have its fair share of volatility – but that adds to the excitement of playing a game that has the vibe of an electric 80’s video slot.

As the third release from AvatarUX in PopWins and WildPopsslot is loaded with the same key features seen previously – enhanced with some exciting new bonus concepts.

Fundamentally, the famous PopWins feature erases the symbols and replaces them with two new symbols, forcing the reels to expand up to six rows high!

Hitting the high notes of six rows, automatically triggers the Free Spins, with five bonus rounds awarded. Intriguingly, players can choose to spin the Gamble Wheel, to shoot for up to 15 free spins – or bust!

One new feature of CherryPop

Customers take a spin on this slot from the 6th of October 2020, when the game will be released in casino lobbies across the land. The game will be distributed through the Yggdrasil YGS Masters Program.

Horseshoe Casino to Reopen on June 28