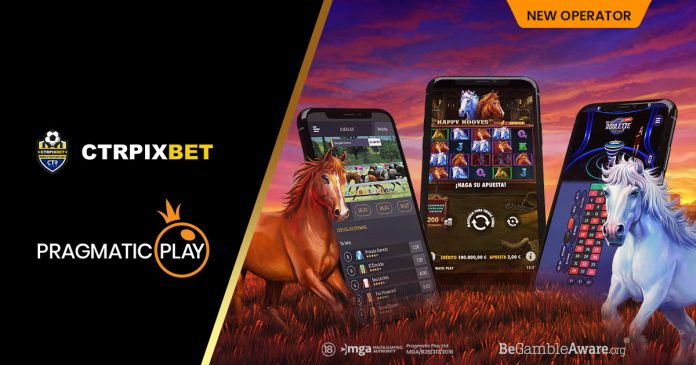 The provider expends presence in Brazil with CtrPixBet deal

Pragmatic Play, a leading content provider to the iGaming industry, has signed a multi-vertical agreement with CtrPixBet, expanding its reach across the Brazilian market.

CtrPixBet will gain access to three of Pragmatic Play’s leading verticals, including the provider’s prominent portfolio of slot titles. The offering comprises the award-winning Gates of Olympus series and Down The Rails.

In addition to these titles, Pragmatic Play will also provide CtrPixBet with its Live Casino portfolio, including traditional games such as Roulette and Blackjack, along with the recently released and highly innovative Boom City.

Virtual Sports will also be delivered to CtrPixBet customers, which will see 3D virtual representations of sporting events in between real events. This will include a version of Greyhound Racing, Horse Racing and Steeplechase.

CtrPixBet is the latest multi-vertical agreement Pragmatic Play has signed within Latin America as the provider continues to expand upon its prominent position within the region.

Victor Arias, Vice President of Latin American Operations at Pragmatic Play, said: “We are thrilled to begin working withCtrPixBet and to provide them with three separate verticals. This demonstrates the breadth of the leading content available to operators through our portfolio.

“CtrPixBet’s customers will be provided with an unbeatable selection of award-winning titles, drawing from our world-renowned Slot vertical, our innovative Live Casino games and the lovingly designed Virtual Sports games we have on offer.”

Maurílio Luiz da Silva, CEO at CtrPixBet, said: “CtrPixBet has developed a reputation for delivering customers the world’s most entertaining titles from a vast array of verticals and this is further built upon through our latest agreement with Pragmatic Play.

“The multiple titles they produce are at the forefront of innovation with an audience of enthusiasts worldwide and we are excited to see our player’s reception to the simultaneous delivery of three of these verticals.”

Relax Gaming re-writes the genre with Book of 99