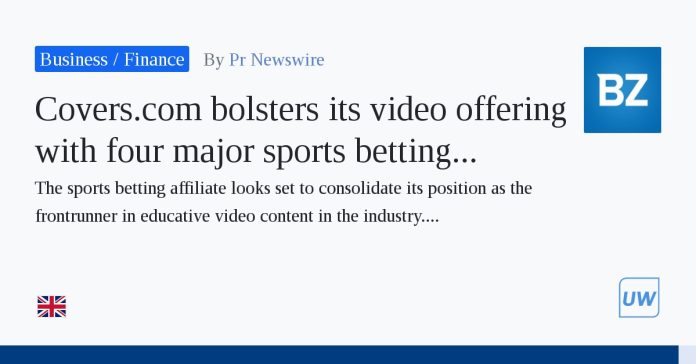 Covers will team up with professional bettors Right Angle Sports, ‘Hitman’, and Brad Powers to expand the popular Release Show concept during the NFL and college football season in 2022-23.

Having first debuted in February 2022, the Release Show gives viewers the opportunity to hear the thought process of professional bettors and bet with them live on stream in order to get the best value. The shows were an immediate hit with the community, with viewership climbing steadily during the college basketball and NBA seasons.

Adam Chernoff, Senior Content Strategist at Covers, said, “Release Shows give bettors a glimpse into what professional betting is really like. Betting media is full of shows that give out picks, but few, if any of them, have influence over the betting market.”

“Professional bettors move lines when they bet which makes sharing their information difficult to scale. We believe we have solved that problem as demonstrated during the basketball and college football seasons and expect that viewer numbers could be over five times higher for football season.”

Covers has also announced that it will be partnering with Davis Sanchez for a second consecutive year. Sanchez is a former San Diego Chargers cornerback and three-time CFL Grey Cup champion who has since become a Canadian media personality.

Sanchez will join Covers CFL betting analyst Rohit Ponnaiya for The Chez and Ro Show, a twice-weekly CFL betting show that promises to surface the sharpest information on the market. Sanchez will also contribute to Covers’ NFL video content for the 2022-23 season.