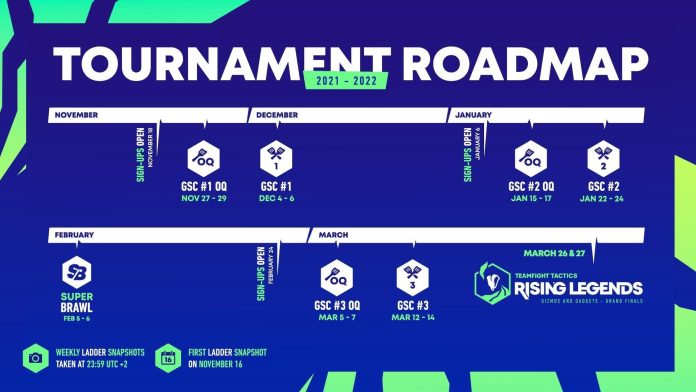 Riot Games has announced the new season of Rising Legends, the esports circuit for Teamfight Tactics (TFT) in EMEA. Based on the new TFT Set: Dragonlands, players will be able to prove themselves as the best tactician in the Region through several layers of competition.

With a total prize pool of €50,000, the circuit will take place from June to October 2022 and will be operated by GGTech Entertainment. Thanks to feedback provided by the players, this season will see some changes that will level up the competition.

Additionally, Riot Games has just launched @TFTEsportsEMEA, the official Rising Legends Twitter account, which will be a source of updates and content for all the fans.

To celebrate the launch of the Set and the Season, Rising Legends will also be hosting Dragon Party!, a show match where guests from EMEA and NA will showcase the new units, traits, and mechanics of Dragonlands. Dragon Party! Will be broadcast live on June 11 at 7 pm CEST on TFT’s Twitch channel.

In the words of Max Wischow, Product Lead for EMEA TFT Esports, “I am super excited to bring our EMEA TFT Esports Rising Legends Tournament Circuit into the Dragonlands. I am thankful for the positive and constructive feedback we received during and after Gizmos & Gadgets and have accordingly implemented a few tweaks to our Rising Legends Circuit. With Set 7 we would like to focus and support our regional competitions driving maturity with the implementation of TRCs (TFT Regional Competitions).”

All the TFT action will be covered in English on the official Twitch channel: twitch.tv/teamfighttactics and in other languages through the official Co-streamers, which will be announced later on. More information on the tournament, broadcast, and how to participate will be published on the official tournament website: risinglegends.gg