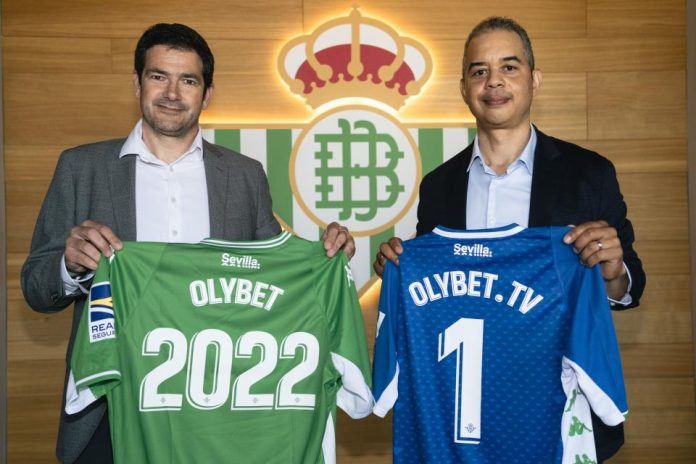 Real Betis Balompié have signed a partnership agreement with the sports betting brand Olybet for the Baltic region.

Ramón Alarcón, general business manager at Real Betis, showed his satisfaction about the deal: “Partnering with Olybet, the top sports betting brand in the region, provides a larger scale of digital platforms to engage fans and players and develop professional football as a great sports show.”

“Congratulations to the winners of the Copa del Rey trophy! Real Betis is a great team with a long history and ambitions for future,” said the chairman and CEO of Olympic Entertainment Group and OlyBet Group, Corey Plummer and added that their customers will now receive more opportunities to engage with the football club via live broadcasts and games, local events, social media and the best betting experiences in Europe.

OlyBet has been recognised as the leading market player in the Baltic states for a long time and has positioned itself strongly throughout Europe during the last few years. According to Plummer, OlyBet’s recent partnerships with international sports brands, Real Betis, NBA, NHL, AC Fiorentina and sportsman Luka Modri?, have laid a solid foundation for OlyBet’s brand positioning and growth in Europe.

Plummer added that OlyBet and OlyBet TV, offer a new form of participation for sports fans. The overall idea is to combine sports entertainment and news via OlyBet TV platform. Fans in European countries with OlyBet’s presence have the possibility to partake through the betting environment of the OlyBet sports portal. OlyBet Club provides loyal customers the possibility to attend major sports events, meeting and encouraging professional players at home stadiums and joining exclusive entertainment experiences.