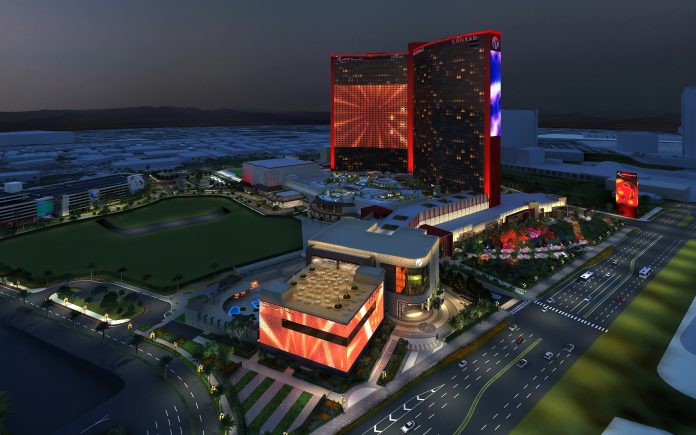 The Esports Awards, the most prestigious night in the esports calendar, is excited to kick off its 2022 campaign by announcing its new home at Resorts World Las Vegas. After three incredible years in London and a move to the United States in 2019 to Arlington, Texas, the Esports Awards is levelling up with a new location, a new date and a fresh look for 2022.

The Esports Awards will take place on Tuesday, December 13 with a lavish ceremony at the Resorts World Theatre, a 5,000-capacity world-class entertainment venue. The awards will also be opening their doors to general admission with tickets available now starting from $50 plus fees from esportsawards.com/tickets/.

After an incredible turnout in 2021, which even included an appearance from golf legend Bryson DeChambeau, the Esports Awards Open in partnership with Golf + Gaming Club (GGC) will return for 2022, providing attendees with the perfect opportunity to show off their golf skills. From December 11 – 13, the Esports Awards will also be holding several other events including its Lifetime Achievement Ceremony and Leadership Summit which gives brands, organisations and industry thought-leaders the opportunity to debate and network.

For 2022, the Esports Awards will be making some adjustments to the groupings of its award categories with the new groups being: Entertainment, Industry, Creative, Pro, On-air Talent and Collegiate. Entertainment has taken over the community awards encompassing the original selection of awards with the addition of “Esports Content Series of the Year,” “Esports Game of the Year” and a new award titled, “Esports Content Group of the Year.”

The Esports Awards is pleased to welcome back Secretlab and Verizon as sponsors for the 2022 campaign. Verizon is returning for its third year and will once again be sponsoring the “Esports Mobile Player of the Year” and “Esports Mobile Game of the Year” awards. Using their 5G Ultra-Wideband technology, Verizon and Esports Awards work together to bring gamers next-level experiences. Presenting the “Esports Team of the Year” award, Secretlab will also be bringing some really exciting activations to the awards.

Michael Ashford, the CEO of Esports Awards, commented: “We could not be more excited to start building a legacy with Resorts World Las Vegas. We recognize the awards are a deserved end of year celebration and want to build something that caters to delivering a best-in-class experience. Resorts World Las Vegas as a venue has been very forward-thinking in attracting top-tier events and to see the support for esports is hugely encouraging. A huge shout out to Destination Esports, Resorts World Las Vegas and Hilton Hotels for making it happen.”

“We’re thrilled to welcome the Esports Awards to Las Vegas,” said Lisa Motley, Senior Director Of Sports And Special Events For The Las Vegas Convention And Visitors Authority. “Attendees will enjoy the many “Only Vegas” experiences that make Las Vegas the greatest arena on earth, from world class entertainment to unrivaled dining, sports and attractions.”

Last year’s Esports Awards saw a return to a live ceremony after 735 days at the Esports Awards Stadium in Arlington Texas. A milestone and star-studded event, the awards hosted some of the biggest faces from esports and beyond with the likes of Riot Games, 100 Thieves and Discord all picking up awards. The 2021 Esports Awards campaign also saw over 20 million total viewership, 1 million hours watched and 10 million votes cast.

2022 WORLD SERIES OF POKER® IN REVIEW: WEEK FOUR HIGHLIGHTS AND WHAT TO LOOK FORWARD TO

BoyleSports Shows Interest in William Hill Shops in the UK