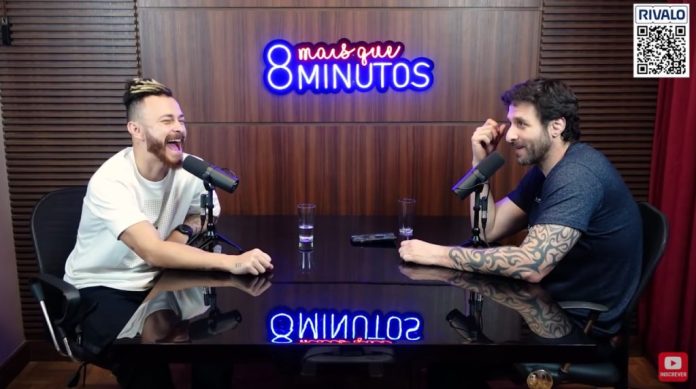 Rivalo continues to trust in the immense potential of the sports betting market in Brazil. After closing relevant agreements with the main American football league in Brazil (BFA), ESPN and the footvolley Mikasa Open, the bookmaker does not stop and is establishing a partnership with comedian and youtuber Rafinha Bastos.

Rafinha Bastos is known for acting as a comedian, actor, presenter and youtuber. In addition, he is a phenomenon on social media, adding 12 million followers on Twitter, 1.5 million people on Instagram and 3 million on Youtube.

In addition, he has been named by the prestigious American newspaper, The New York Times, as the most influential person on Twitter. The comedian was also one of those responsible for the success of the stand-up comedy movement in the country in recent years.

In this way, Rivalo teamed up with the comedian, who, from now on, will regularly produce content for the betting company. Rafinha will use his basketball experience to predict the winners of each stage of the playoffs of the best basketball league in the world. The comedian will use Instagram Stories and Twitter messages to disseminate these actions.

For Rivalo’s Acquisition Manager Brazil, Guilherme Bucchi, this partnership will strengthen the betting company’s brand in the country: “Another big step towards the consolidation of our brand in Brazil. Rafinha is one of the biggest names in humor and has always show’ in the Podcast presentation. Looking forward to seeing the contents of the interviews and following his tips on basketball, a sport he knows very well”, he concluded.

This partnership also covers two Rivalo-sponsored episodes of the ‘Mais Que 8 Minutos’ talk show hosted by the comedian on his Youtube channel. With the insertion of the Rivalo logo and other activations throughout the special episodes, Rafinha will receive two former basketball players, Thiago Splitter and Gui Giovanoni.

The choice of two great names in basketball is directly related to Rafinha Bastos’ past. That’s because the comedian was a basketball player in 1999, 2000 and 2001. With more than two meters tall, Rafinha acted as a pivot in teams in Brazil and even in the United States in the university division.

The initial episode was shown on April 18 with guest Fred, from Desimpedidos, who in a relaxed chat addressed topics such as the World Cup, friendship with football players, fame and other subjects.

Another episode that will be aired soon with the support of Rivalo, will be with the fighter of mixed martial arts (MMA), Brazilian, specialist in jiu-jitsu and currently in the UFC, Demian Maia.