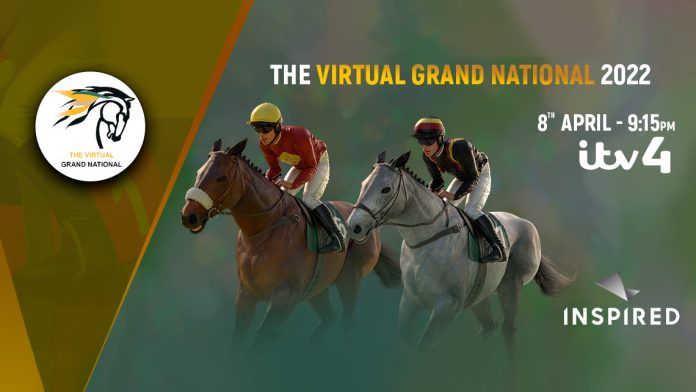 Arkle, an Irish Grand National, three-time Cheltenham Gold Cup winner and one of the greatest steeplechasers in horse racing history, will make his debut in Inspired’s Virtual Grand National Race of Champions. Arkle will join National Hunt legends such as Desert Orchid, Dawn Run, Tiger Roll, and Kauto Star as they compete against twenty Grand National winners, led by the legendary Red Rum.

“I’m delighted to announce the return of Inspired’s Virtual Grand National races as a curtain-raiser for one of the world’s greatest horse races,” said Brooks Pierce, President and Chief Operating Officer of Inspired. “We have gained worldwide recognition for our virtual events, and the Virtual Grand National races are truly a unique product. Once again, they will add a compelling experience to our customers’ retail and digital channels in advance of the year’s highest-profile horse race.”

“The technology we use to produce the Virtual Grand National races is a unique predictive offering that can be applied to many other sports events,” said Steve Rogers, Chief Commercial Officer, Virtual Sports for Inspired. “Our software uses a vast array of data points, including historical performance of participants, to make predictions about who will win the 2022 Grand National, widely considered to be one of the most unpredictable events in the world.”

In association with the Jockey Club, Inspired’s Virtual Grand National special will be broadcasted on ITV4 Friday, April 8th, 2022, at 9:15 pm (GMT) and again on April 9th at 1:00pm (GMT).

Over $225K Won in Just 3 Minutes: Book of Cats by BGaming thrills players...

Join the quest for enlightenment with Booongo’s Buddha Fortune