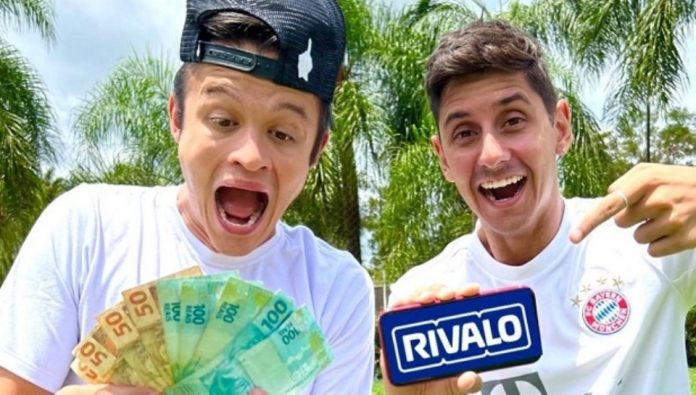 With the objective of following every step of Palmeiras, current champion of the Copa Libertadores da América, Rivalo, a leading company in the sports betting and online casinos market, closed a partnership with four influencers linked to Brazilian sport.

Arthur Balan, Tulinho, Matheus Gonze and Mauro Beting flew to Qatar, in order to check out Verdão’s trajectory, in loco, and will spend a week in the same house, producing videos and daily content, all sponsored by Rivalo.

The intention of the project is to position Rivalo as the “sponsor of dreams” with the creation of original material and on the stage of one of the main sporting events, with Brazilian participation, at the beginning of the year.

Guilherme Bucchi, Acquisition Manager Brazil at Rivalo, highlighted the importance of this strategic action: “This trip is one of the experiences we seek to bring to the first influencers of Team Rivalo. We’re going to be doing a lot of content throughout the year, and this will be the first taste of what’s to come.”

The names chosen by Rivalo have an identified and highly engaged audience with sports content. Influencer Arthur Balan has 512,000 followers on Instagram, 820,000 on TikTok and 6.4 million subscribers to his YouTube channel, ‘Vosso Canal’.

The third member of the group is Matheus Gonze, who has 430,000 fans on Instagram and 260,000 subscribers to his YouTube channel, called ‘Gonze Neles’.’

Journalist, writer and sports commentator Mauro Beting closes Rivalo’s partners for the FIFA competition. He counts an audience of 740 thousand people on his Instagram, 210 thousand on Twitter and 378 thousand on Facebook.

An unconditional Palmeirense, Mauro Beting commented: “I have been a sports journalist for 31 years, having been a fan since I was 55. The passion for my team led me to love football, which made me what I am. And that now takes me to the World Cup with Rivalo not just to work. But to enjoy the best of life. The soccer. And the unconditional passion for what we love.”

The journalist went further: “Our partnership starts at the World Cup. But it will be everywhere on the planet where the ball rolls. And where we can always seek the best possible version of the facts. With an open heart like eyes and head. Being called up to be in the Rivalo national team is not just a professional pleasure. It is a joy to realize the best dream: the one that we never imagined in a dream”, concluded Mauro.

The contract with the group of influencers will follow after the FIFA Club World Cup and will feature weekly content posts on match days, where the quartet will give their guesses for the respective clashes.

In addition, content creators will interact with each other and with Rivalo’s social networks, aiming to leverage the brand’s reach, promoting offers and promotions for users of the sports betting platform.