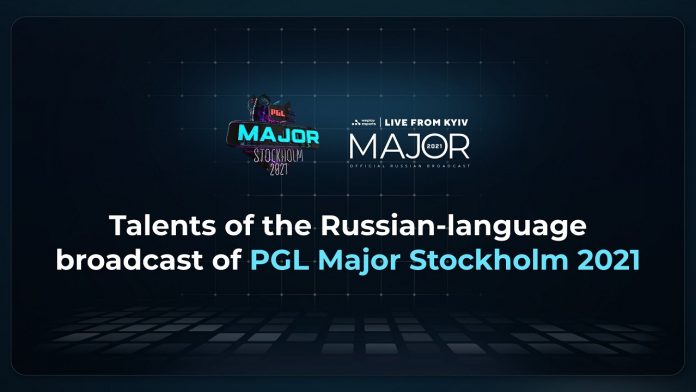 Meet the host, commentators, and analysts who will bring you the spirit of the main CS:GO tournament of this year in Russian.

WePlay Esports is happy to announce the talent crew of the official Russian-language broadcast of the PGL Major Stockholm 2021. The team will be working from the WePlay Esports studio during all the tournament stages, from October 26 till November 7. The total prize pool of the competition is $2 million.

Talents of the Russian-language broadcast of the PGL Major Stockholm 2021:

“The PGL Major is an outstanding event in the world of CS:GO. It’s been two years since the last Major, and the community is really looking forward to such a big day. For me personally and for WePlay Esports as well, this is a very important event in which we play a key role — the role of the main broadcaster in the Russian-speaking region. I encourage the whole community to come to us for the broadcast. We have gathered great talents, we have a high-quality production, and the teams will provide a lot of interesting action,” says Oleksii Maletskyi, talent at WePlay Esports.

500.com Limited Announces Changes to Board of Directors and Management