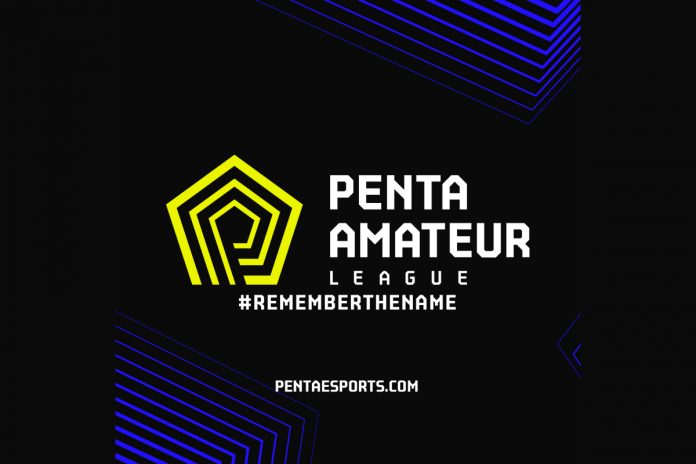 Penta Esports has announced the launch of its first grassroot esports league, ‘Penta Amateur League’ featuring a total prize pool of ₹50,00,000 for each season consisting of ten months. Focused on players from the grassroot level of the esports ecosystem, this league will bring opportunities for the budding esports athletes from the country. Each season will feature one or more esports titles every month and a monthly prize pool of ₹5,00,000. The ‘Penta Amateur League’ is exclusively for amateurs and semi-professional esports athletes and teams. The games chosen for the tournament throughout the league will be platform agnostic and will include PC, console and mobile titles.

Said Penta Esports founder and CEO Anurag Khurana “Our primary vision to start Penta Esports was to bring opportunities to the grassroot players and eventually facilitate the entire journey for esports athletes. This league is a first step in that direction, with more to come in the future.”

The first month of season 1 will feature World Cricket Championship 3 on mobile and Gran Turismo Sport on PS4/PS5 as titles for the month, with each title having a prize pool of ₹2,50,000. The registrations for the league run from 6 to 13 October. The matches this month will be held between 16 to 31 and will be broadcast live from 29 to 31 of October. The league will start with qualifier matches and go into playoffs, culminating into the finals.

Says Nextwave Multi Media co-founder and CEO, P.R. Rajendran, “With WCC, we wanted to bring along a rich, competitive cricket experience for everyone and hence we not only polished the game but also brought in the ‘Esports Lobby’ feature. We believe the ‘Penta Amateur League’ will bring an excellent opportunity for players who want to be esports athletes and we’re glad to be a part of it.”

The matches will be broadcast live from playoffs on the Facebook and YouTube channels of Penta Esports. The finals will also be preceded by the ‘Penta Talk Show’, featuring experts reviewing the qualifiers and discussing the playoffs.Registrations are now open on Penta Esports’ recently launched platform,  pentaesports. com.

The company recently launched its tournament IP titled ‘Penta Challenge’ with the first tournament being on the game Valorant. This tournament marked the launch of Penta Esports’ platform. The platform will be a one stop destination for all things esports, including match schedules, match results, VODs of tournaments and leagues, content, news, announcements and much more.

Founded by industry veterans Anurag Khurana, Kiran Noojibail and Akshay Paul, Penta Esports aims to disrupt the ecosystem in India with a holistic approach towards the sector, including leagues, tournaments, content and much more.