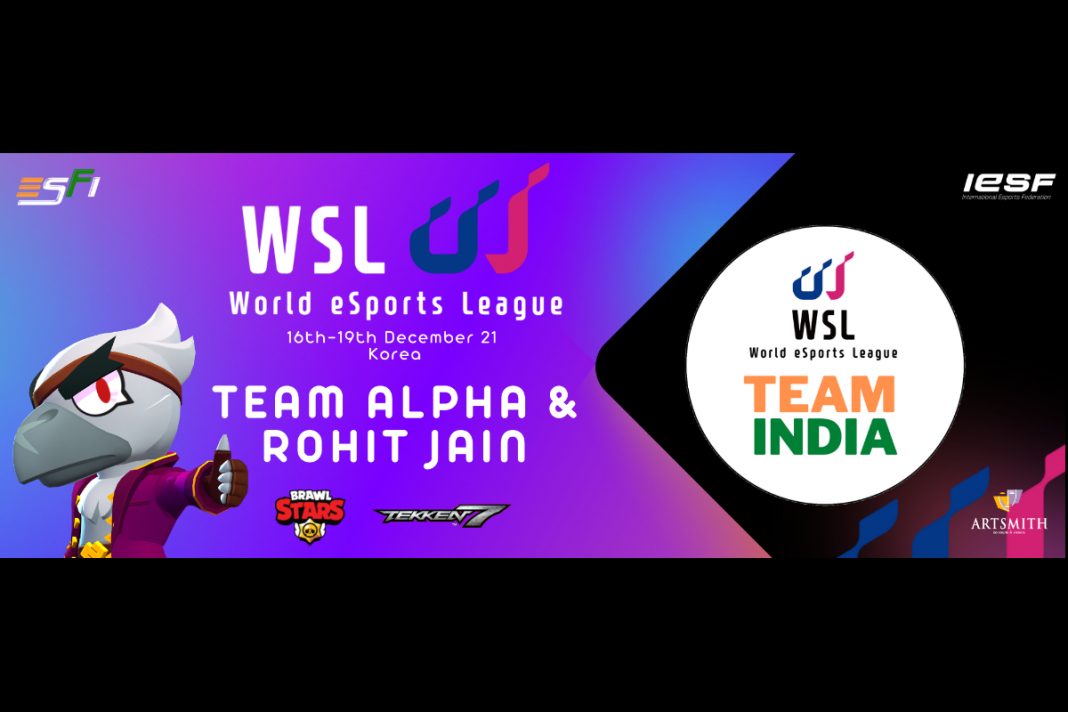 Following spectacular performances in the national qualifiers, Team Alpha and Rohit Jain have sealed their places for the upcoming global finals of the World Esports League 2021 scheduled from December 16 to 19 at the Gwangju Esports Arena in Korea.

Owing to the Covid-19 pandemic, the India Qualifiers were held virtually last week. The World Esports League 2021 is hosted by Technoblood Inc. and organised by the WSL organising committee in association with the International Esports Federation.

“I have been playing Brawl Stars since it was released and now it’s a great honour for me to lead the Indian team in its maiden appearance at the global final in this game. I would like to thank the federation [ESFI], who have been very supportive & professional. We will give our best to bring glory for the country in the finals” said elated Ashmit, skipper of Team Alpha.

On the other hand, the qualifying event of the popular fighting game Tekken7 saw participation of 35 top athletes from across the country. However, Delhi-based Rohit impressed everyone with his skillful game and clinched the top honours.

“Last couple of years have been really good for me. I have had very good finishes in the last few tournaments of ESFI but somehow representing India did not happen. However, today all the hard work paid off and I am ready for my debut international tournament. I look forward to making this opportunity even more special by clinching the medal” Rohit commented.

The global finals of the World Esports League 2021 will boast a prize pool of USD 400,000 as the world’s top athletes will be seen in action across games like Tekken7, Brawl Stars, PUBG and Eternal Return.

“This will be the first time an Indian team is participating in Brawl Stars at the global stage. Rohit Jain has been playing consistently for the last couple of years and this year he finally managed to bag the championship. We are equally very enthusiastic on their debut and confident in making a mark,” said Mr Lokesh Suji, Director of Esports Federation of India (ESFI) and Vice President of the Asian Esports Federation (AESF).

Atari Plans to Set Up Online Crypto Casino Next Month