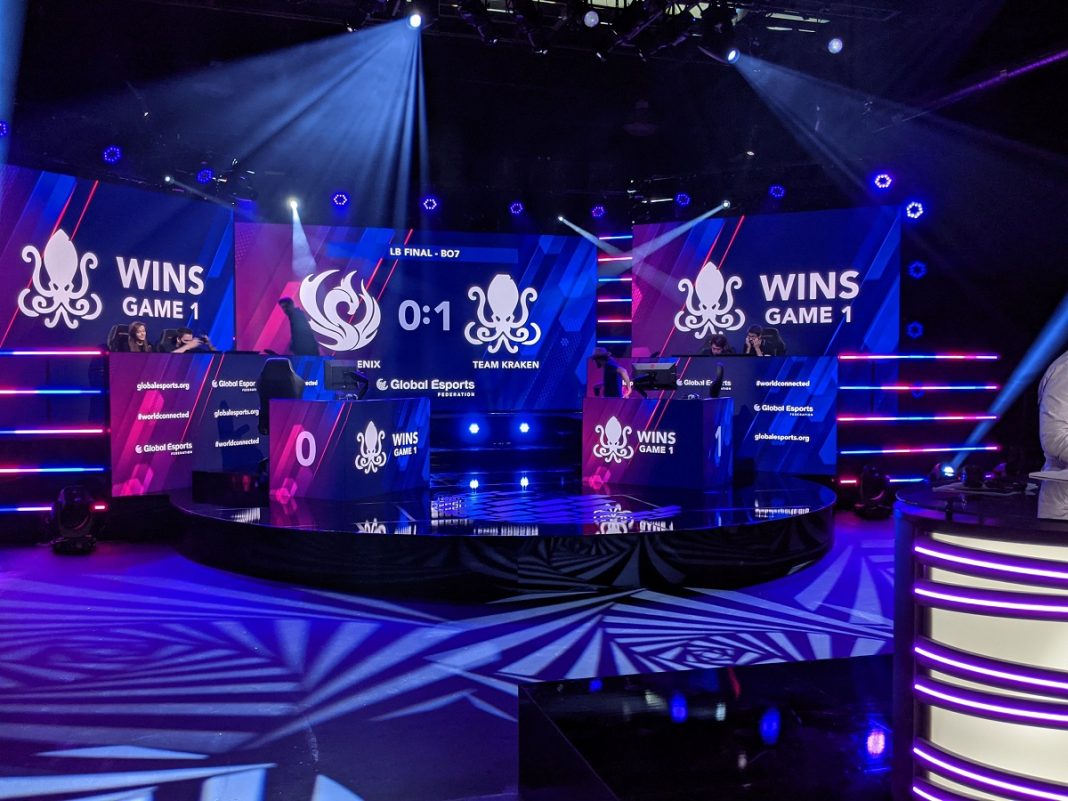 Team Kraken battled to victory at the Grand Final of the Global Esports Tour’s first Hearthstone® event, in the game’s first LAN event in two years

Team Kraken began the tournament with a shaky start, dropping their first match to Team Gryphon with a 4-1 loss. However, moving down to the lower bracket they began to find their groove, winning their following two matches against Frank “Fr0zen” Zhang’s Team Mammoth 4-3 and Alexandra “Alliestrasza” MacPherson’s Team Phoenix 4-0.

In the Final against Team Gryphon, Team Kraken stormed forward in the first four games, gaining a 3- 1 lead against the tournament favourites. Team Gryphon’s Jeffrey “Tarei” Liu pulled back a victory in Game 5, before Mihai “languagehacker” Dragalin closed the show with a victory against Tarei in Game 6.

The GEF team caught up with Team Kraken after the Grand Final and spoke to the winners. “Thank you GEF. This was a lit tournament. We really love what you are doing for esports. The cities chosen are the hot spots in the world for esports,” said Jeffrey “TrumpSC” Shih, captain of the winning team.

Mihai “languagehacker” Dragalin added, “It’s really cool, honestly. This entire tour that you’ve set up is really incredible. For the first edition to be Hearthstone®, and for us to be a part of it, it’s incredible. We didn’t really expect to win it all, and that’s just speaks for how cool this event is.”

Four teams of North America’s best players were invited to compete in this best of seven, double elimination conquest form, for a US$50,000 prize. Made up of three plyers each, the teams entered with six decks, all from a unique class. Team captains TrumpSC, Fr0zen, Alliestrasza, and Killinallday led their respective squads:

The GET is the GEF’s Pro-Team tournament staged in key global cities throughout the year. GET 2021 offers a total prize pool of US$500,000. The tournament showcases skills and talent from different game genres from around the world with Hearthstone®, PUBG MOBILE, and CS:GO the chosen games. FACEIT has joined the GET as the GEF’s Strategic Partner, Esports Services and was also the tournament organiser for this Hearthstone® stop.

BOSS.Gaming Solutions signs up with Enteractive to boost player deposits