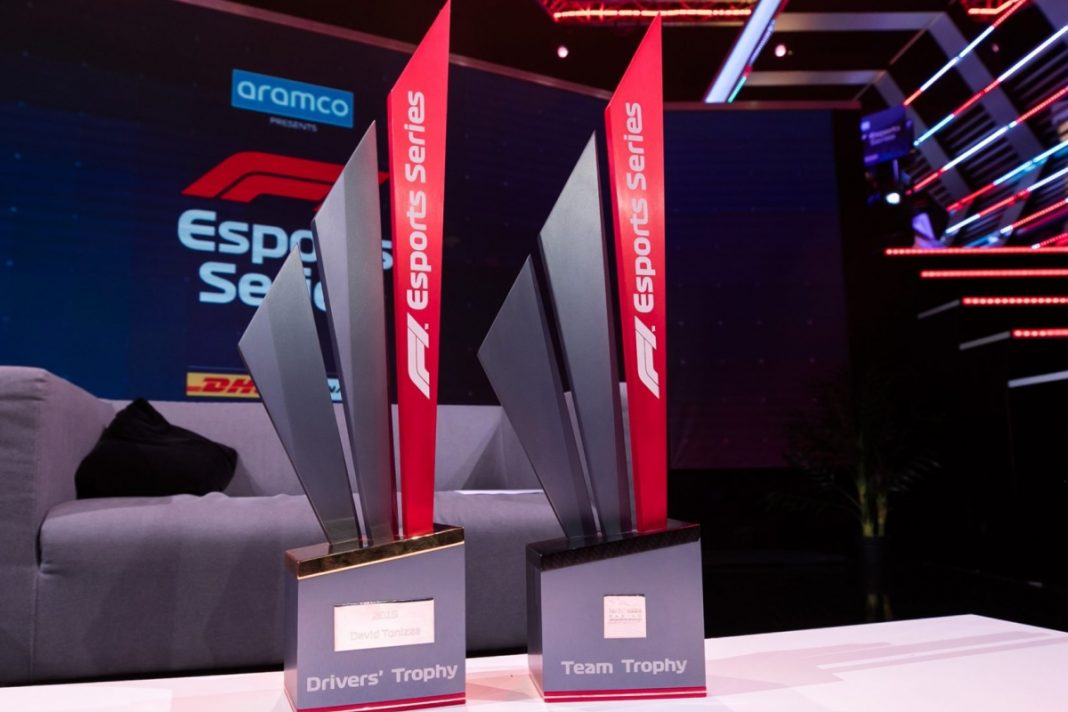 Ahead of the highly anticipated 2021 F1® Esports Series Pro Championship presented by Aramco, which begins next month, the full driver line-ups and event details were announced in Wednesday’s Preview Show, as teams’ get set to battle it out once again for a piece of the huge $750,000 prize pot – one of the biggest in Esports.

F1® Esports Series’ flagship competition continues to exceed expectation and shatter records along the way with last year’s Pro Series, as it was then called, achieving 10.6m views across TV & digital, as well as a record 291m social impressions and 23.8m video views throughout the campaign. The ever-rising popularity of the competition was even more evident as nearly half a million people attempted to qualify for this year’s championship, an increase of 108% from 2020.

As per the 2020 competition, due to COVID-19 travel restrictions, drivers will continue to race from team factories or bespoke Esports facilities, or their own homes, whilst broadcasts will be filmed from the Gfinity Arena in London. Drivers will compete on the official F1® 2021 video game, developed by Codemasters and EA.

Aramco return as the presenting partner of the Pro Championship for a second year, and long-term partners DHL and Fanatec also continue to be a key part of the F1® Esports Series. Fanatec will supply hardware to all drivers for this year’s campaign, as it had done since 2018, while three new drivers will compete in the 2021 season after qualifying through the DHL Time-Trial qualification route, including prominent sim-racer Sebastian Job, who joins Alpha Tauri.

HUGE MOVES ACROSS THE GRID

Since last year’s Championship wrapped up in December, there have been a number of high-profile moves around the grid as two world champions switched allegiances in the off-season. Reigning champion Jarno Opmeer, who secured his first title with Alfa Romeo, has joined Mercedes, filling the spot left by Brendon Leigh. Two-time world champion Leigh, who has been recruited by the FDA, joins the only other drivers champion, David Tonizza.

Reigning teams’ champions Red Bull have retained duo Marcel Kiefer and Frederik Rasmussen, who will both be in contention for a shot at this year’s individual honour, whilst Opmeer’s teammate Dani Bereznay, who helped Alfa Romeo to a second-place finish in the teams’ championship has joined McLaren as they prepare for the new season with a completely new three-driver roster, with last year’s ‘Rookie of the Year’ Dani Moreno also heading to Mercedes.

There will be ten new drivers on this year’s driver line-up, with a third of the grid having been scouted through this year’s Pro Exhibition after qualifying via one of F1® Esports Series’ qualification routes.

This year’s campaign, the fifth season of the competition, will begin on Wednesday 13 October with the first two races of Event 1, as drivers’ replicate the 2021 FIA Formula One World Championship by starting off at the Bahrain International Circuit. Whilst the real-world F1® drivers couldn’t travel to China this year, the Shanghai International Circuit will be brought to life virtually, before the always popular Red Bull Ring rounds off the season-opening Event on the following day.

While most of the chosen venues remain the same as last year, including Zandvoort where F1® returned earlier this month, there are three new tracks for drivers to get to grips with this season. The ‘rollercoaster’ in Portimão makes its debut in the Pro Championships, as does Imola, whilst the Circuit of the Americas returns to the calendar. As has been the case for the past two campaigns, the season finale will see competitors battle it out at Interlagos.

EIGHT LIVE SHOWS ACROSS THE SEASON

F1® Esports fans will be happy to hear that following the increased coverage of last year’s Pro Series, the format will remain the same for 2021, where there will be live racing on Wednesday and Thursday of each Event week, as well as livestreamed qualifying sessions on both days. The Pro Championship will be broadcast on the official F1® social channels (Facebook, YouTube, Twitch and Huya), as well as select TV broadcast partners.

“There’s huge excitement building ahead of the new season of the F1 Esports Series Pro Championship, and we can’t wait to get started, and with so many big moves around the grid, this year’s title really is anyone’s for the taking! As always, we want to thank our partners Aramco, DHL and Fanatec for their continued support which enables us to bring elite sim-racing to fans around the world.”

“The 2021 F1 Esports Series Pro Championship promises to be the most exciting and unpredictable season to date. There have been some exciting driver moves with former double F1 Esports Champion Brendon Leigh joining another ex-champion David Tonizza at Ferrari, and our current F1 Esports Champion Jarno Opmeer moving to Mercedes. We also welcome new exciting talent from the Challengers, and it will be fascinating to see how Alessio Di Capua and Josh Idowu compete on the biggest stage. On behalf of the F1 team at Codemasters and all our players worldwide, good luck to the 2021 drivers. Let the racing begin.”

“Anticipation is building for the new season of the F1 Esports Series Pro Championship presented by Aramco. It has become a must watch competition for both existing, and an ever-growing army of new, virtual racing fans. The bar is raised each year with new talent emerging and spectacular racing. The Gfinity production team will also be raising the bar with more storytelling and high-octane coverage of the races. It’s time to sit back and enjoy the show!”

PlayMichigan.com: Michigan sportsbooks live, but best is yet to come