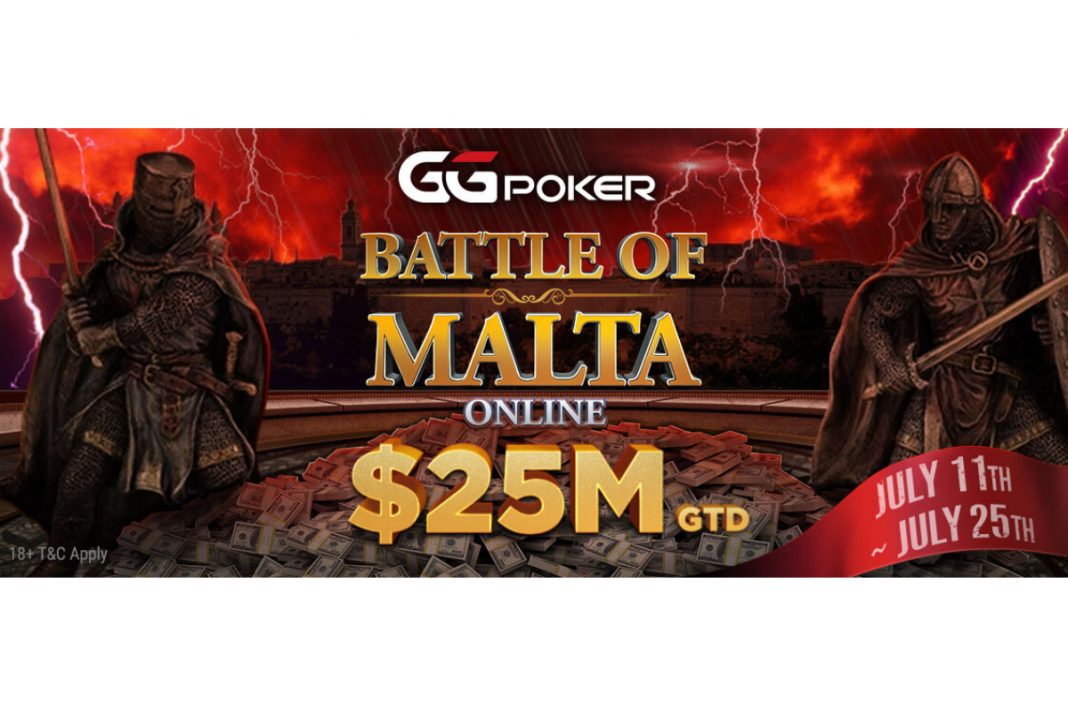 GGPoker and Casino Malta by Olympic Casino today reveal the Battle of Malta Online 2021 festival schedule, which takes place from July 11 through July 25. At least $25,000,000 in cash prizes will be won during the series.

This year’s Battle of Malta Online is headlined by three flagship events:

Each flagship event will award a special trophy to the outright winner in addition to the massive cash prize, while fifteen numbered series tournaments will each award a unique Battle of Malta Winner’s Ring on top of cash.

“GGPoker is delighted to partner with Casino Malta once more to host a second year of Battle of Malta Online,” said John Scanlon, Director of Sponsorships & Live Events at GGPoker. “There’s at least $25,000,000 in cash to be won this year, with exclusive trophies, rings and a series leaderboard also!”

“It’s summertime in Malta, and things are heating up on and off the tables,” said Jaan Vaabel, Group Poker Manager, Olympic Entertainment Group. “This year’s Battle of Malta Online allows players to take aim at massive cash prizes for relatively modest buy-ins; with at least $25 million guaranteed there’ll be a lot of prizes to go around!”

About Battle of Malta: The Battle of Malta has gone from strength to strength since its launch in 2012 and is one of the most popular stand-alone live poker events in Europe. The award-winning festival has smashed records for eight years in a row. With 35 events on the schedule and more than 13,000 tournament entries overall, the Battle of Malta 2019 ran for seven days in the Eden Arena in St. Julian’s, Malta.

Pragmatic Play Embraces the Golden Touch in The Hand of Midas