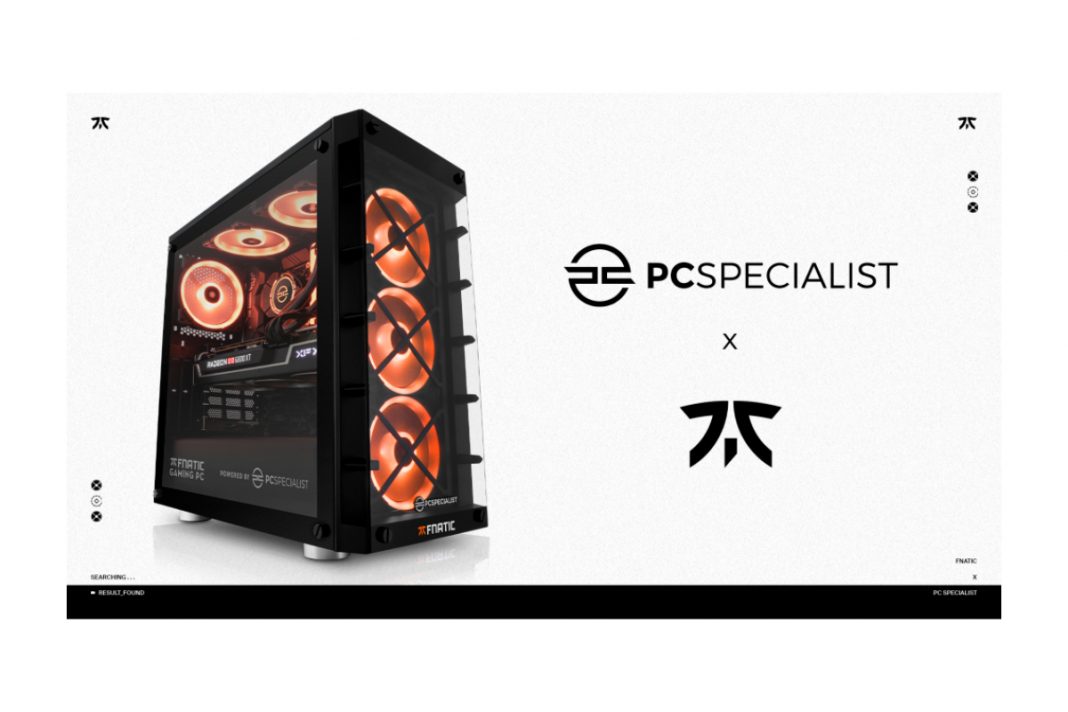 Fnatic, a leading London-based esports organisation, announced the extension of their partnership with Europe’s leading PC manufacturer, PCSpecialist. As part of the partnership renewal, PCSpecialist will continue to serve as Fnatic’s exclusive provider of custom gaming PCs across all of their European based gaming teams, including League of Legends, Counter-Strike: Global Offensive, Fortnite and Valorant.

PCSpecialist will also continue to produce the Official Fnatic Gaming PC, which is used by Fnatic’s roster of professional gaming teams to practice and compete in online esports tournaments, such as the League of Legends European Championship and Valorant EU Masters tournament.

“Throughout 2020 PCSpecialist have demonstrated why they’re the perfect Gaming PC partner for Fnatic by providing our teams with the equipment they need to practice and compete online. Their ability to understand the hardware requirements of our players to perform at the highest level is unparalleled, and we’re extremely excited to see the latest version of the Official Fnatic Gaming PC powering our teams throughout 2021” said Patrik Sättermon, Chief Gaming Officer at Fnatic.

In addition to being used by Fnatic pro players, the partnership will also see Fnatic and PCSpecialist co-produce content featuring Fnatic’s roster of pro-gaming and creator talent.

“We’re incredibly excited to be partnering with Fnatic for another year. Not only does this give PCSpecialist the chance to power Fnatic’s pro teams in their drive for success throughout 2021, but it also gives us the opportunity to continue engaging with some of the most passionate people we know; Fnatic’s fans.” said John Medley, Commercial Manager at PCSpecialist.

Lavazza with Fnatic to debut into the esports industry with the “Icons of Italy”...

GAMING1 embarks on a mystical journey in Astro The Great Race