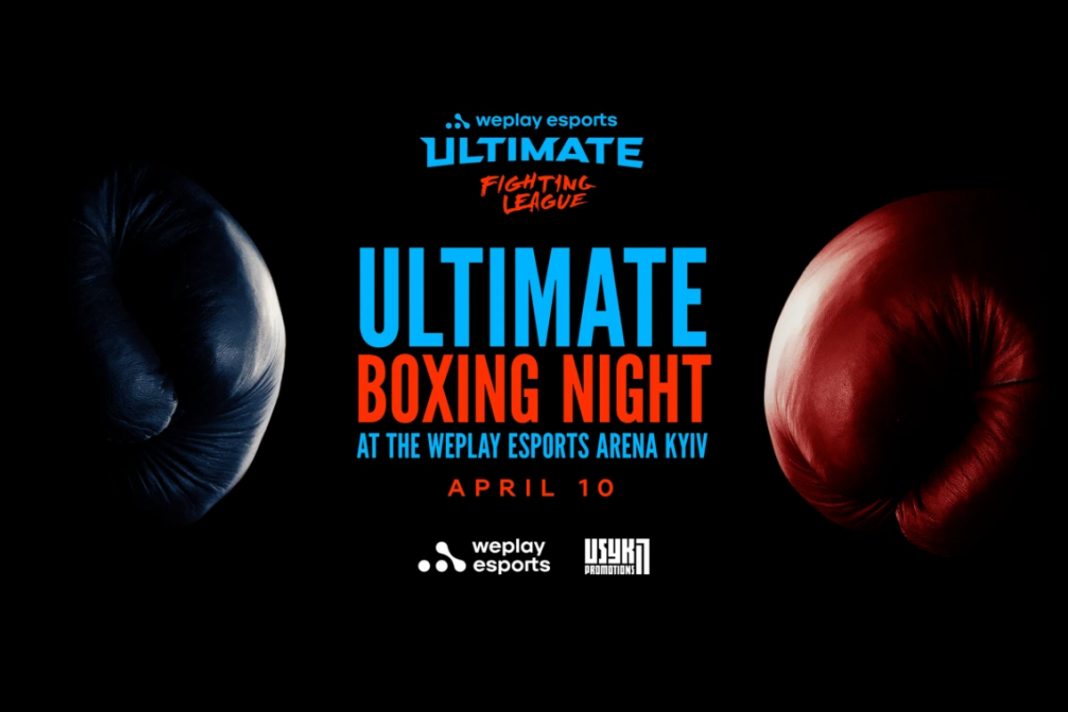 Boxers from Ukraine, Great Britain, Hungary, and Belarus will participate in the ranking fight night, to be held on April 10.

The Fight Card of the night is as follows:

“The fights that will take place onstage at the WePlay Esports Arena Kyiv will give viewers much more than they imagine. Expect a storm of emotions from completely new format in boxing!” says Oleksandr Usyk, world cruiserweight boxing champion.

“Our main task is to create a spectacular show that the public will enjoy. A boxing match, the same as fighting games, is a dynamic event where emotions abound. We are happy to support our partners as they seek to present a high-quality spectacle to the public and hold the Ultimate Fight Night in our high-tech arena,” says Yura Lazebnikov, managing partner of WePlay Esports.