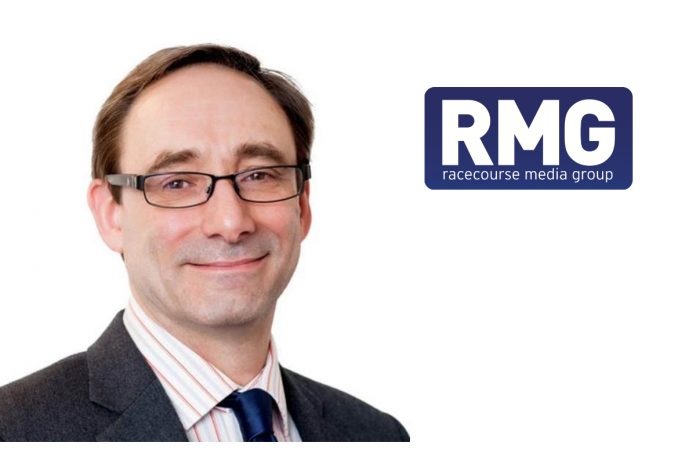 Martin Stevenson has been appointed CEO of Racecourse Media Group (RMG) – the media and data rights holding company for the UK and Ireland’s leading racecourses.

Stevenson has a deep and intimate knowledge and understanding of the RMG business, having joined the Group as the Finance Director of RMG in 2007.

A qualified accountant (FCCA), his previous experience includes the position of Managing Director of the Newspaper Licensing Agency and Group Financial Controller of Trinity Mirror plc.. Stevenson succeeds Richard FitzGerald, who left the post of CEO in September.

“On behalf of the RMG Board, RMG’s racecourses and all the RMG staff, I am delighted to announce Martin as the new CEO of the Group.

“After an extensive and rigorous recruitment process, during which we interviewed a number of outstanding candidates, the RMG Board unanimously voted for this appointment.

“Martin’s vision for RMG is bold and imaginative. His relationship with our shareholder racecourses is very special and Martin is passionate that RMG can, and will, deliver the best returns for racing.

“The RMG business model has been severely tested during the last 12 months, but it has demonstrated great resilience, providing vital media rights income for our racecourses. This has been achieved due to the extraordinary efforts of our racecourses who have brilliantly kept horse racing running. We are proud to serve them.

“We are now slowly emerging out of the pandemic and Martin is undoubtedly the right person to lead RMG into its next phase of growth over the coming years.”

“I am extremely excited and honoured to take up the position of RMG CEO. I look forward to working even more collaboratively with our 34 racecourse shareholders, whose media interests have been entrusted to RMG.

“RMG has been a phenomenal success story since its inception as Racing UK back in 2004, having posted year-on-year increases in licence fees payable to its racecourse shareholders nearly every year of trading. It shows what can be achieved via a collective approach to commercialising our racecourses’ media and data rights.

“But RMG never stands still. We will continue to innovate with our output, as evidenced by the recent launch of the Racing TV virtual studio, which follows the introduction of the broadcast and publication of in-race timing information.

“We will also continue to be creative and forward-thinking in how best to commercialise our racecourses’ content, including building on the recent success of the Watch & Bet streaming service, which has been greatly welcomed by bookmakers, punters and race-fans alike.

“RMG has a committed, knowledgeable and loyal team, which, I have absolutely no doubt, will continue to deliver the right results for our racecourses.”

RMG was created by racecourses for the sport of racing and the compelling content generated from the racecourses it broadcasts from has enabled RMG to continue to drive the business forward.

RMG’s quality offering was evidenced recently as five of the top 11 races run in the world in 2020 (rated by IFHA) – headed by the Juddmonte International Stakes at York at number one – were broadcast live on Racing TV.

Recent Key Developments over the last six months at RMG include:

William Hill to Permanently Close 119 Betting Shops in the UK