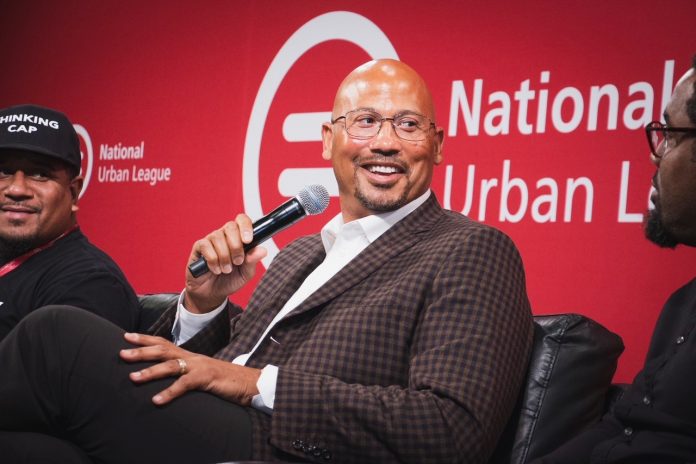 C360 Technologies, a Pittsburgh-based company providing sports fans a personalized viewing experience and rights holders new streaming revenue opportunities, today announced the appointment of Howard Wright as CEO and member of the company’s board of directors. Wright most recently was Vice President of Global Business Development for the Intel Sports Group at Intel Capital. Wright will leverage this experience to guide C360 through its next phase of growth. The national CEO search, conducted by SeventySix Capital Sports Advisory and Turnkey Search, was led by Rick Alessandri, Turnkey Search’s Managing Director, Media & Technology.

“We are thrilled to have Howard join the C360 team,” said Saied Seghatoleslami, Chairman of the Board. “Howard’s background and robust experience in sports and technology coupled with his business building and leadership experience are exactly what our company needs and is a tremendous strength. We look forward to watching Howard lead C360 into its next phase and continue to change the way that sports fans experience their favorite athletes and teams.”

Prior to joining C360, Wright was responsible for strengthening Intel’s presence as a sports technology company, and for developing new business opportunities related to the immersive experiences enabled by the Intel Sports Group. Wright also led the digitizing and personalizing of sports and entertainment in inventive ways to stimulate growth while collaborating with major sports leagues and organizations, broadcasters, telecom companies and other digital media business partners. Wright spent 14 years at Qualcomm Inc., culminating in his role as Senior Vice President of global business development. Wright holds a bachelor’s degree in Qualitative Economics from Stanford University, where he also played collegiate basketball. After earning his degree, Wright continued his athletic career by becoming a professional basketball player in the NBA, playing with the Dallas Mavericks, Orlando Magic and Atlanta Hawks. Wright was inducted into the Stanford Athletic Hall of Fame in 2001. Wright is active on several national charitable boards, including serving as chairman of the Pro Kids Golf Academy and Learning Center.

“The immersive media ecosystem is being fueled by some of the most innovative companies in the world,” said Wright. “I am honored to be able to lead this extraordinary company to our next level so that we may be counted among them. I look forward to working closely with our exceptional senior leadership team, our amazing customer base, and our world class board of directors. C360 has some of the most talented people and group of leaders in our industry. Together, we will capture our share of the immersive media economy by remaining laser-focused on delighting our clients, creating significant value for our shareholders and providing the best career experiences for our people.”

Wright’s appointment accompanies C360’s addition of Wayne Kimmel to the company’s board of directors that now consists of several key industry leaders:

Seghatoleslami has 45 years of experience as an engineer, manager, and executive with engineering, product management, and general management responsibilities. Seghatoleslami’s experience includes leadership roles with Bell Laboratories, Lucent, Avaya, AGT and Pypestream where he was President and COO. His experience includes due diligence, acquisition, and integration of companies in the US, Canada, and Europe. Currently, Seghatoleslami is engaged as an operations and technology consultant with a number of mid-market private equity firms.

Mott is the founder of BlueTree Capital Group, BlueTree Allied Angels, and the BlueTree Venture Fund located in Pittsburgh, PA. The BlueTree entities have invested over $60+ million in multiple startup companies throughout the country. Mott is the past Chairman of the Angel Capital Association (ACA) and the Angel Resource Institute. Mott is serving a 4th term as one of 21 individuals selected for the SEC Advisory Committee on Small and Emerging Companies focused on capital formation in the United States.

Drake consults with emerging technology companies and content creators after a 35-year career at ESPN where he served as SVP and Executive Producer of Remote Production. At ESPN, Drake had oversight of every major property, including Monday Night Football, MLB, NBA, College Football/ Basketball, NASCAR, Wimbledon and the World Cup. Drake has 16 Emmy awards, including one for the creation of the yellow “First and Ten” line in football.

Wimer has nearly 30 years of management experience and was an award-winning Designer and Art Director during his years in the communication industry. He has managed national accounts such as CBS Broadcasting, Heinz USA and the U.S. Department of Energy. A few of his awards include: the esteemed American Institute of Graphic Artists (AIGA) award, American Advertising Federation ADDY® award, and International Mercury award. Mr. Wimer holds a Degree in Design and Communications from the Art Institute where he graduated in 1988 with honors and also received a certificate in Technology Commercialization from Carnegie Mellon in 2000.

Kimmel is a sports tech venture capitalist, entrepreneur and author of Six Degrees of Wayne Kimmel. Kimmel is the Managing Partner of SeventySix Capital, the venture capital company he founded in 1999, and invests in startup sports tech, esports, and sports betting companies. Among the Fortune 500 companies that have acquired his portfolio companies are Aramark, Intel, IBM, Walgreens and Yahoo! Wayne is also the Chairman of the SeventySix Capital Sports Advisory, which is a sports consulting group comprised of an expert team focused on bringing the emerging innovations and technology to sports executives, teams, leagues, brands and athletes.
With the appointment of Wright and the addition of Kimmel to the board, C360 also completed the second of two convertible note financing rounds, raising $1.8 million with new investor SeventySix Capital joining existing investors. C360 previously completed a $3.7 million Series A funding round that included investments from Boeing’s HorizonX Ventures, BlueTree Capital Group, MI-12 Ventures and Pasadena Angels. Buchanan Ingersoll & Rooney served as counsel to C360 on the financing rounds and provides corporate counsel to the company.