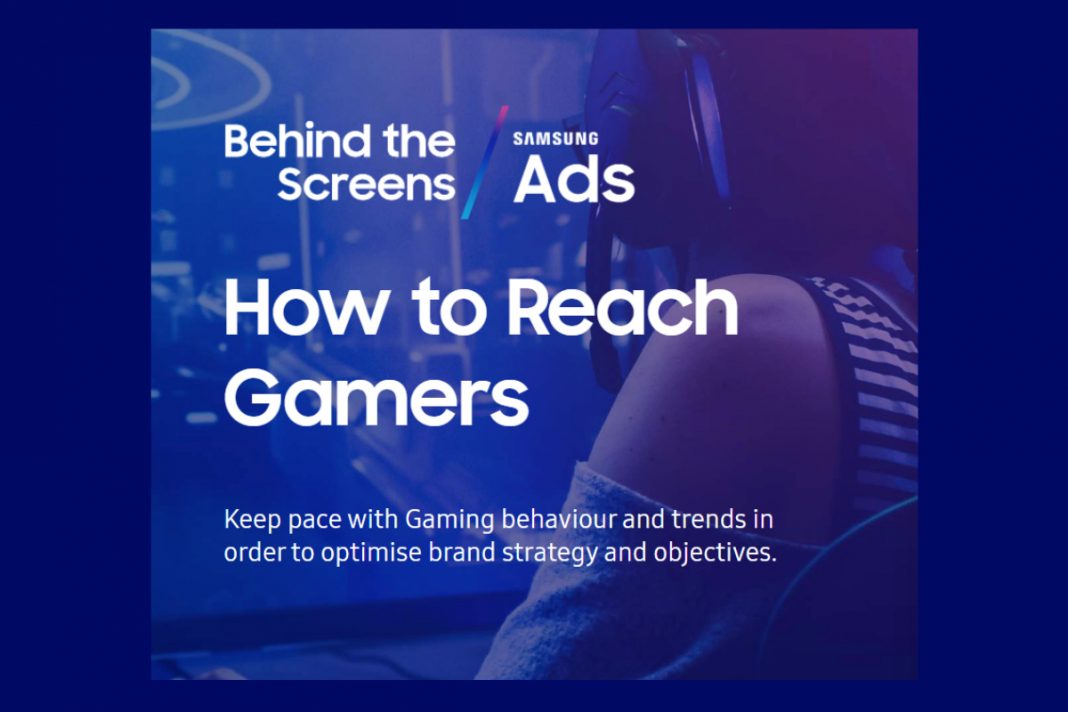 A new report from Samsung Ads Europe ‘Behind The Screens: Gaming in 2020’, reveals Gamers* are spending more time gaming per day across Samsung TVs in EU5 territories with significant double-digit growth (+21%) since January.

Samsung Ads Europe refer to Gamers as game consoles connected to a Samsung TV that played one or more games for a minimum of three-minute session. Samsung Ads Europe, the media and advertising division of Samsung Electronics, releases its ‘Behind The Screens: How to Reach Gamers’’ report on gaming habits across EU5, looking at both localised viewership habits and behaviours across all five countries.

When exploring how the average Samsung TV Gamer spends their time, Samsung Ads Europe identified that they are heavy streamers. On average they spend 45% of their total daily TV time streaming, a further 37% spent gaming, and only 18% spent watching linear TV. The implication for advertisers trying to reach this audience is that 82% of their time spent on Samsung TVs (gaming + streaming) they are not exposed to traditional TV advertising.

The Samsung Ads report further explores how daily gaming habits have changed over the course of 2020. In the UK gamers are active throughout the day, with the most interesting change being the shift in time spent gaming on weekday mornings nearly doubling (+48%) since January 2020. Time spent gaming on weekend mornings has also increased by over a third (+34%).

Significant increase in gaming time across all EU5 territories

Total time spent on game consoles connected to a Samsung TV has seen a significant increase across EU5, with Italy seeing the highest increase since January of over 35%. Spain saw the second highest level of growth at a rate of 31%, whilst the rates of gaming increased across the UK (+22%), France (+17%) and Germany (+10%) showing that all across Europe the appetite for gaming continues to grow. In terms of time spent per day gaming on consoles connected to a Samsung TV, the UK spends the most time on average across the EU5 territories with gamers engaged for 2 hours 14 minutes per day.

Alex Hole, Vice President of Samsung Ads Europe, commented: “We are seeing a significant appetite for gaming across Europe on millions of games consoles that are connected to Samsung TVs, which is in line with the growing popularity – and commercial opportunity – of online gaming. According to Ofcom, overall total consumer expenditure on games software, gaming hardware and culture was £5.3bn in 2019. With gamers spending an increasing amount of time on their Samsung TVs either gaming or streaming, there is a sizable opportunity for advertisers to reach this hard to reach audience on the big screen, alongside linear.”

Delasport partners with Progress Play as their new sportsbook provider