Home Canada HAWKS TALON GC TO START 2020 SEASON ON TUESDAY, MAY 5 AGAINST... 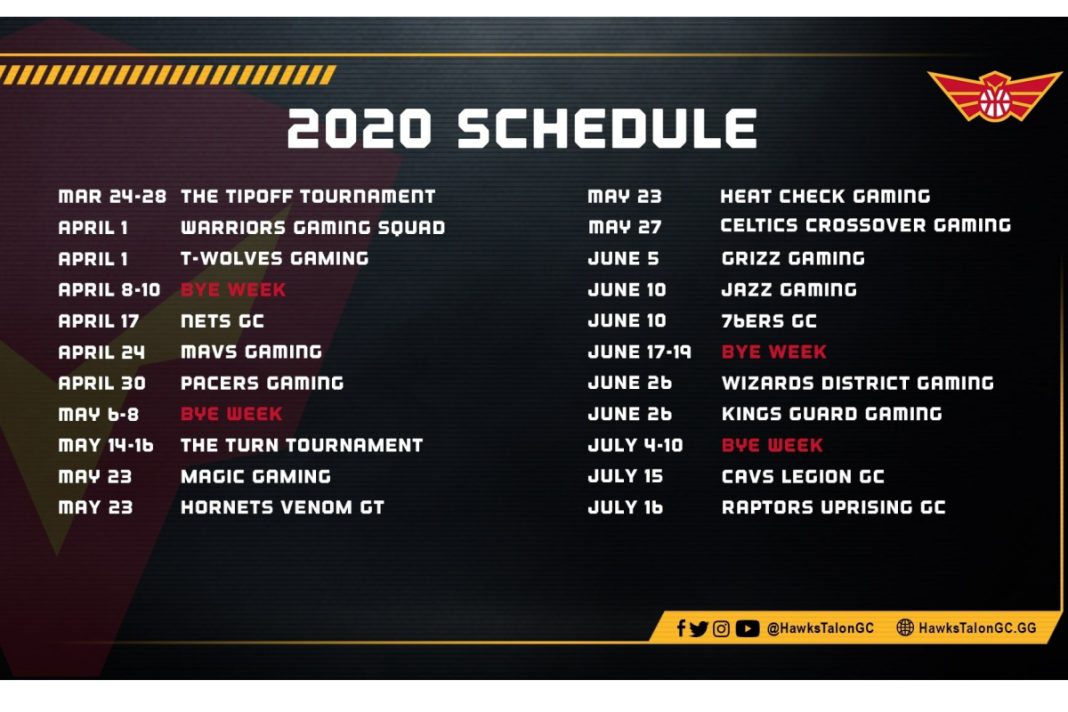 “We are excited for the regular season,” said Hawks Talon GC Head Coach Wesley Acuff. “We are ready to play against the elite competition in this league and provide our city a sports team they can cheer for during this difficult time.”

Games will begin at 7 p.m. ET every Tuesday, Wednesday, Thursday and Friday with four distinct matchups each night. Each match will be played in a best-of-three format, which will allow the NBA 2K League broadcast to switch between games in real-time and give fans more opportunities to experience the league’s most exciting moments. Each three-game-series victory will represent one regular-season win, and each three-game-series loss will represent one regular-season loss.

All 23 NBA 2K League teams will participate in regular-season gameplay from their local markets with games simulcast live on the NBA 2K League’s Twitch and YouTube channels.