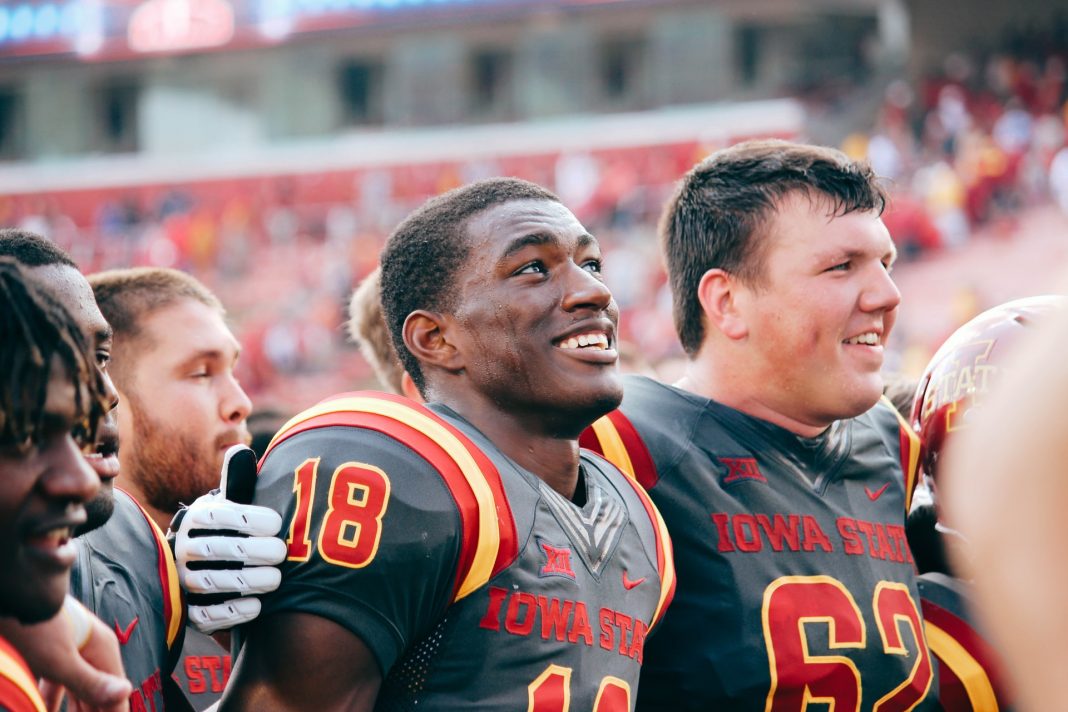 March Madness propels Iowa to new heights, as race for market supremacy heats up, according to PlayIA analysts

(LAS VEGAS) — Iowa sportsbooks capitalized on the popularity of March Madness to set a fresh round of records with more than $160 million in wagering, a welcome result following February’s modest dip in handle, according to analysts for PlayIA, which tracks regulated online and retail gaming in the state.

“Iowa was one of the few legal sports betting jurisdictions to actually improve per-day betting in February, so it is no surprise that sportsbooks set new highs in March,” said Jessica Welman, an analyst for PlayIA.com. “With new operators coming online and the in-person registration requirement is long gone, the Hawkeye State is well-positioned ahead of the inevitable summer slowdown.”

In March, online and retail sportsbooks combined to take in $161.4 million in wagers in March, according to official data released Thursday. That is up 8% from $143.6 million in wagers in February and topped the record $149.5 million handle in January. The heavy action, much of which came from bets on the NCAA Tournament, helped Iowa set records for per-day betting average and revenue, too. Per-day betting hit $5.2 million in the 31 days of March, which was up from the record $5.1 million bet per day during the 28 days of February.

The record month resulted in $13.5 million in net receipts for sportsbooks, which was up from $7.7 million in February and broke the previous high of $11.3 million set in January. In all, March’s bets yielded $908,011 in state taxes, yet another new high.

Iowa and Drake combined for four games in the NCAA Tournament, which undoubtedly boosted interest in March. And the Iowa and Iowa State women’s basketball teams added five more NCAA Tournament games, which also helped spike interest in college basketball betting. But the main catalyst for Iowa’s growth over the first quarter of 2021 has been the removal of in-person registration requirements for online betting in January. Online betting captured $139.4 million in bets, or 86.3% of the state’s overall handle, in March. Compare that to December, the last month of in-person registration when 74.4% of a much smaller overall handle came from bets made online.

“Three months after removing the in-person registration requirements, Iowa has set new highs in wagering per day in each month, even bucking a national trend of declining bets in February,” said Dustin Gouker, an analyst for PlayIA.com. “Obviously the key reason for that is that registration is easier than it was last year, and that has opened the door to new customers across the state. Those customers have responded enthusiastically, and the success of Iowa and Drake this season gave Iowans added incentive to engage with a sportsbook.”

But the two largest sportsbooks in the country continue to gain ground in Iowa. The Wild Rose license, which is anchored by DraftKings but includes BetRivers, came in second with a $44.3 million total handle and topped online betting with $43.7 million, which led to a market-best $3.6 million in net receipts from online betting. FanDuel and BetMGM helped put Diamond Jo in third place with $42.8 million in bets, including 37.7 million in online bets. Online betting netted $2.9 million in receipts .

Retail betting generated $22.1 million, up from $18.4 million in February.

“It will not be easy for William Hill to fend off DraftKings and FanDuel,” Welman said. “The two largest sportsbooks in the country have brought a lot of marketing know-how to the state, and that has led to continued gains. Ultimately, though, bettors are the beneficiaries as they all compete for attention.”

For more information and analysis on regulated sports betting in Iowa, visit PlayIA.com/news.

Start of trading in LeoVegas shares on US market OTCQX

SportCaller goes Flat out with Tote Ten to Follow