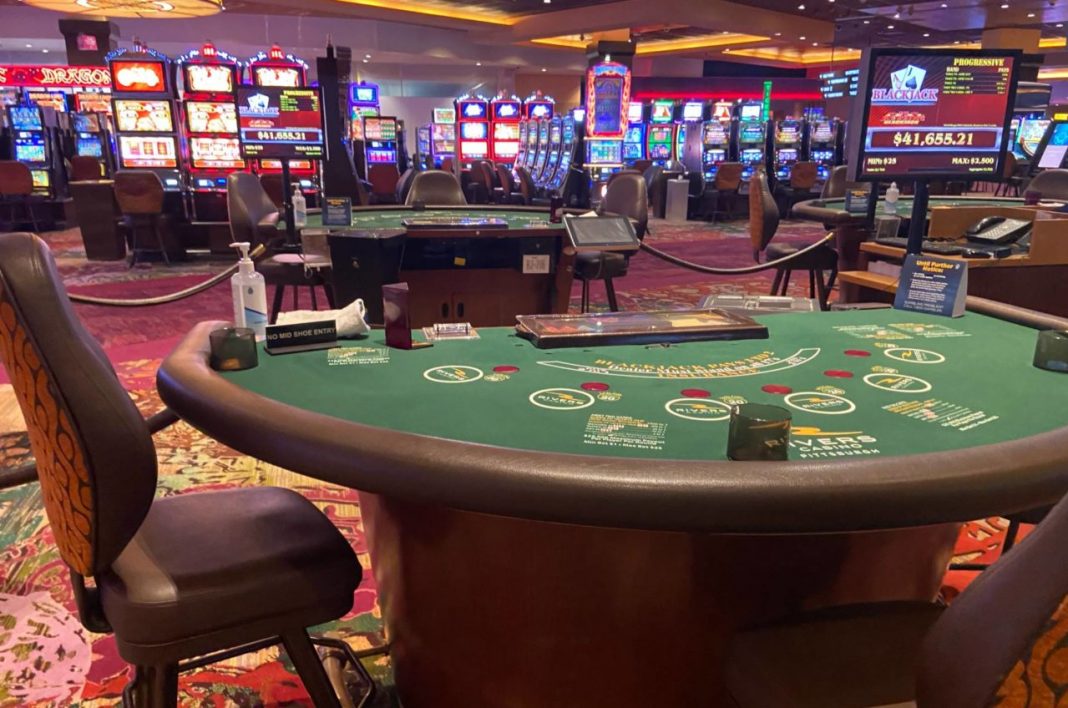 The IRS has now sent out more than 130 million stimulus checks as part of President Biden’s American Rescue Plan. The payments are designed to stimulate spending and help kick-start the US economy, and when the plan was first announced, most Americans said the money would go towards essential expenses like groceries, bills and housing costs. However, there are indications that at least some are using the windfall to speculate with casino games and sports betting.

Some could argue that the gambling sector is one of the few American industries that is not in need of extra stimulation. True, gambling hubs like Las Vegas and Atlantic City felt the pinch harder than most, but evolving legislation has seen a dramatic upsurge in online casino activity across the US that has more than compensated for the revenue drops at land-based facilities over the past year.

It’s a pattern that has been repeated time and again, and not just in the US. Chief Editor Mark Pilarski of Casino Senpai said that they have observed a clear spike in interest worldwide on the topic of online casinos since last March.

Of course, the online gambling market is still in its infancy in the US compared to places like the UK and even Canada. Delaware, New Jersey and Pennsylvania are still the only states that are fully open to online casino gambling, although Nevada also has online poker rooms. Still, in those states, gamblers have been making hay, and all have seen online gambling revenue increase dramatically since the first lockdown took effect 12 months ago.

Even if you include Nevada, that still accounts for only eight percent of the population, however, and while there has almost certainly been a certain amount of illicit online gambling activity across state lines, geofencing technology keeps that to a minimum.

The result has seen many would-be casino gamblers turn to the world of sports betting instead. Here, 25 states have now legalized, and more than half of them permit online betting. At the height of lockdown, when the major sports leagues were inactive, this led to the somewhat surreal sight of American sports fans betting on everything from soccer in Belarus to baseball in South Korea. eSport betting also saw a spike in interest.

However, it was when the major franchises got back underway that the full force of sport betting became obvious. Wagers placed on the NBA and NHL have been higher than previous years, and then, of course, at the beginning of February, we had the greatest sports betting barometer of them all in the shape of Super Bowl LV.

In the run up to the game, Bill Miller, the CEO and President of the American Gaming Committee, said: “This year’s Super Bowl is expected to draw the largest single-event legal handle in American sports betting history. With a robust legal market, Americans are abandoning illegal bookies and taking their action into the regulated marketplace in record numbers.”

Miller went on to predict that 7.6 million Americans would place their bets online, Some states have still to release their final numbers, but from the data available so far, it seems that Miller was right on the money. In New Jersey, Super Bowl betting more than doubled over the previous year, while in Pennsylvania it was up by more than 75 percent. Results like these more than make up for the 13 percent drop reported by Nevada due to lower numbers turning up for in-person betting on The Strip.

Having said that, the news from Vegas and Atlantic City is not all bad – indeed, it is positively brimming with optimism compared with this time last year, and it all comes back around to those stimulus checks. Let’s be honest, if you are going to blow a thousand dollars or more at the casino, you’re more likely to want to do that in person than via a phone app.

Vegas is buzzing again since it reopened, and aside from the reduced numbers and the regular sight of people wearing masks, it almost feels like the Sin City of old. And after everything we have gone through, why not – surely there are few better places to celebrate spring break and spend a $1,400 windfall.