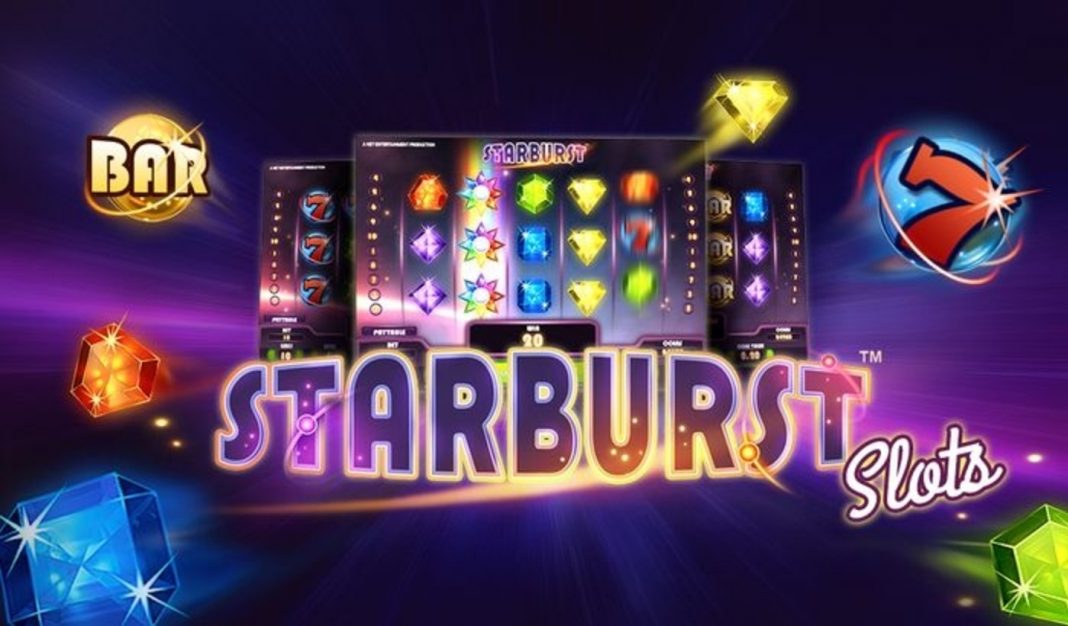 Starburst is the video slot created by NetEnt back in 2012. Despite its age, it is still one of the most popular slots currently, and probably the most played video slot game of all time! What makes this classic 5×3 slot so special that is still played by millions today, and can anyone find the secret behind its success, and create the slot which can dethrone Starburst in 2021? We will analyze the facts of what makes Starburst that popular, and take a look at some of the upcoming slot releases from the first quarter of 2021 and try to give an answer to that question. Also, if some of you, by any chance, still haven’t tried this amazing slot, Starburst free play is available. Try it now and see why it is so popular.

The Building Blocks behind Starburst Popularity

At first glance, we can see that Starburst’s graphics and design are impeccable. It is still modern, although it is more than eight years old! Although this is just makeup, it is very important for slot longevity.

With the fast evolution of technology and the fact that graphics are becoming more sophisticated, even slots that are only two or three years old can look outdated. After that, their player counts go to the abyss. With Starburst this didn’t happen, and we even believe that it won’t, because graphics are that sophisticated, and yet so simple, that we won’t see a huge dip in their popularity anytime soon.

The second reason behind Starburst slot popularity is its simplicity. Some of the slot game providers experiment with a huge number of reels and rows, many different features, and various cosmetic additions to keep the players entertained and happy. Starburst makes all the things simple, with its classic 5×3 design. Some players argue that Starburst is boring, but it is not a coincidence that the 5×3 design is the most popular slot design ever. It is not too plain and boring, and not too complicated as well, because slot game players want to win some cash, and not feel overwhelmed by design and gameplay.

Starburst has a huge betting range, from €0.01 to €100. That allows both casual players and high-rollers to play this slot. Although high-rollers don’t like this slot very much, because it is not volatile, casuals adore it. There are many more casual players than high-rollers, so they again targeted a broad audience.

We mentioned that Starburst has low volatility and therefore is not that popular with the players who want to win big. However, casuals love to see many small wins, because they have a feeling that they are generally winning, although they actually don’t – the wins you will get will often be smaller than the bet you made, but some of the players somehow don’t notice it. The sessions are usually long if you play for the smallest amounts, so you can have fun, even if you lose money.

For all these reasons, Starburst retained its popularity over the last eight years. Although it is not the best slot in terms of the chances of winning big, all the reasons we mentioned make it appealing for most players, which happen to be casuals.

We will now take a look at some of the upcoming slot releases and try to guess whether or not they have a chance for dethroning Starburst.

The Most Anticipated Slot Releases 2021

January is not over yet, and we already got some exciting slots this year. For example, we got an exciting video slot from Gamomat, an independent slot game provider, called Crystal Strike. It is a highly volatile slot, beautifully designed, with classic features such as respins and wilds.

Nolimit City released San Quentin xWays. This slot is based on the infamous US jail, which is a theme that wasn’t widely used, so it can be hit or miss, but we expect to be popular, especially among the younger audience.

iSoftBet, another award-winning games supplier, released Mighty Stallion Hold & Win, the Wild West theme-based video slot. It is another slot that uses their Hold & Win mechanic, but the theme is not inventive, nor the slot itself is offering something new – it is basically the type of slot we get from them all the time, only with a slightly altered theme.

Play’n GO released Miner Donkey Trouble, while Pragmatic released Mysterious Egypt. These slots feel like they were already seen before, and there is no chance that slots that use the same, boring theme, such as the Ancient Egypt flourish and dethrone Starburst.

Pragmatic Gaming has a more interesting release scheduled for February – Dragon Kingdom: Eyes of Fire. This slot should be way better and way more popular than Mysterious Egypt because it has a flawless design and many features attached. Dragons are still a popular topic, and they aren’t overused in video slots such as Ancient Egypt, so we can see this release gaining popularity right off the bat.

Another highly anticipated release should be the Playtech Age of the Gods series’s next release – Book of Oracle. This slot should be the first to come from Playtech in 2021, and they decided to go big right away. Age of the Gods series gained a significant amount of players which is getting bigger with every new slot release. We expect that this slot will be masterfully done in terms of the graphics and interface (since we still didn’t have an opportunity to see it), and the features should be similar to the ones from the previous slots. This is a volatile, progressive jackpot slot, so it will draw attention from the high-rollers.

What Features Should a Slot Have to Beat Starburst

Since we know what is behind Starburst’s popularity, and we saw what the first slot releases are in January 2021, the question arises – does any slot from this list have the features and traits required to dethrone Starburst? We can never know for sure, but the answer is probably – no.

To be as popular as Starburst, the audience must be predominantly casual players. There are some amazing, volatile slots you can make a fortune on, but there are not enough people who would risk big money to try it out. Long, interesting sessions, with lots of small wins, which give you the false impression that you are an overall winner, are the key to the slot popularity.

After that, the slot must have an impeccable design that will age well, so it can stay relevant with time, and must have simple, but yet unique and interesting features. You should overcomplicate, but the slot can’t have a dull theme or average graphics.

We eagerly expect more great slot releases in 2021. In January and February, we should get several amazing slots from the biggest slot games providers, but in terms of popularity, we don’t think that any slot will be able to dethrone Starburst anytime soon.

However, that doesn’t mean you shouldn’t try out new slot additions, especially if you are a high-roller. There is a trend of more progressive jackpots, mega ways, and other great features incorporated in new slot releases, and in general, it seems that the average volatility is getting higher, which is excellent news for the ones chasing big wins.

Game Island wants to drag you into a post-apocalyptic, gloomy world in its newest...