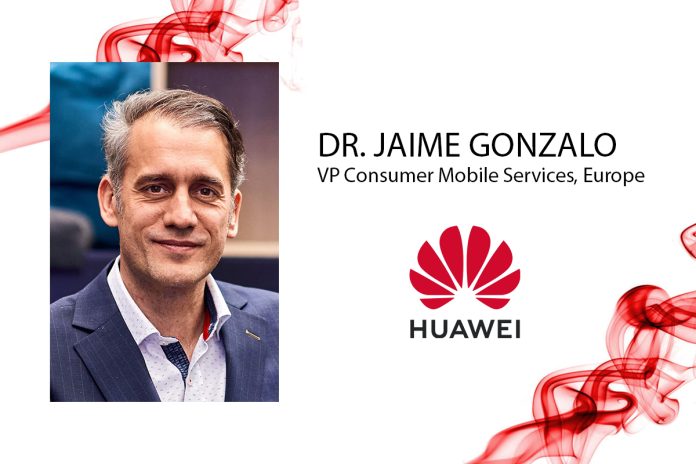 Today we’ve sat down with Huawei’s VP of Consumer Mobile Services, Europe, Dr. Jaime Gonzalo to talk about HDC.Europe and many more things that shape up the app ecosystem.

EG: Huawei recently hosted HDC.Europe at WebSummit in Lisbon. What were some of the key announcements at the event?

JG: There were a number of topics that we announced at HDC.Europe during WebSummit 2022, with a special focus on growth and business expansion – not only for ourselves but also for our Partners who work with us.

Our vision for some time has been to create an integrated Ecosystem, and over the last 2 years, we have seen our own business grow exponentially, including our App distribution platform AppGallery, which now has more than 580 million monthly active users globally, over 45million of which are in Europe. Also in the last 2 years, our global developer community has grown to over 6 million developers, an increase of 233%, and has resulted in more than 220,000 apps being integrated with our HMS Core open capabilities.

In that time, Huawei Mobile Services has also invested in competitive and innovative services, alongside our partners, to ensure a safe, seamless, and smart experience. This includes our Cloud and Browser services, Petal Search, Petal Maps, and more.

To support our partners’ growth potential, we’ve also invested heavily in comprehensive Business Monetisation platforms, including Huawei Ads, which now connects more than 2,000 Advertisers with more than 360,000 Publishers, and enables our Programmatic advertising platform to provide growth opportunities for all apps and game developers and website owners that want to scale up their businesses.

EG: What are some gaming app trends that you’re seeing on AppGallery?

JG: We see strong growth of games in AppGallery in terms of both revenues and installs dimensions. In fact, YoY performance has nearly doubled each year since 2020.

Thanks to the close cooperation with top developers and their resulting growth on AppGallery, more and more developers are considering AppGallery as one of their main user acquisition channels instead of other more traditional marketing channels. We are keeping up the pace and hundreds of new quality games are launching on AppGallery each quarter from within Europe alone.

We are also exploring hot topics like Web3, and NFT-based content with pinioning developers. However, the end goal is to build a ‘value added’ end-user experience-oriented mobile gaming ecosystem together with our game developer partners.

EG: What’s next for AppGallery and the HMS ecosystem in 2023?

JG: We’re very proud of how far we’ve come with AppGallery, but we know there is more work to be done.

As we look to the future there are new devices and health trends that really excite us. Commitment to innovation will always be in Huawei’s DNA, and we continually invest heavily in R&D – actually, in 2021 we were ranked second globally for R&D investment and held the number one position for patent applications in Europe.

We’ve seen strong growth in innovative form factors such as foldable phones and wearable devices, and we believe they will be a big part of the tech industry’s future. Our position here will be strengthened considerably with our integrated ecosystem approach of hardware, software, and cloud to innovate not only on hardware but also on new scenarios for the user experience.

One of a number of core areas will be HUAWEI Health. Here we will continue to expand on allowing developers to use the open capabilities to obtain health & fitness data of Huawei wearable devices and devices of Huawei ecosystem partners, allowing for innovative new products, such as the Blood pressure monitoring HUAWEI Watch D to be developed.

EG: In your opinion, why does bringing games to alternative app marketplaces, like AppGallery, pay off?

JG: There are multiple benefits of bringing mobile games to alternative app stores, including how partners can achieve an improved return on their considerable investment in new and existing games, come out on top in the ongoing user acquisition war, and lower the cost of retaining their hard-won customers.

Game developers are finding it increasingly difficult to reach new audiences. The major challenge is that customer acquisition cost has increased significantly over the years due to market saturation and inflated pricing. That’s why alternative app platforms such as AppGallery are emerging and playing their part to provide developers with improved revenue-generating opportunities.

Currently, 99.9% of apps downloaded via the leading app distribution platforms are losing users monthly, pushing the costs of retention higher and higher, whilst AppGallery has increased in-app revenue by 300% year-on-year. Casual game growth has also increased by over 20 times over the same period, and monthly ad revenue for developers has doubled.

Because of this, on AppGallery, gaming has become the fastest-growing and one of the most successful categories, reaching millions of monthly active users with new and existing gaming apps. The app platform now lists games from some of the world’s leading games companies, including play favorites PUBG Mobile, Mobile Legends, Garena Free Fire, State of Survival, and Lords Mobile, to name just a few.