Home Interviews Exploring the Metaverse and AI’s role in it 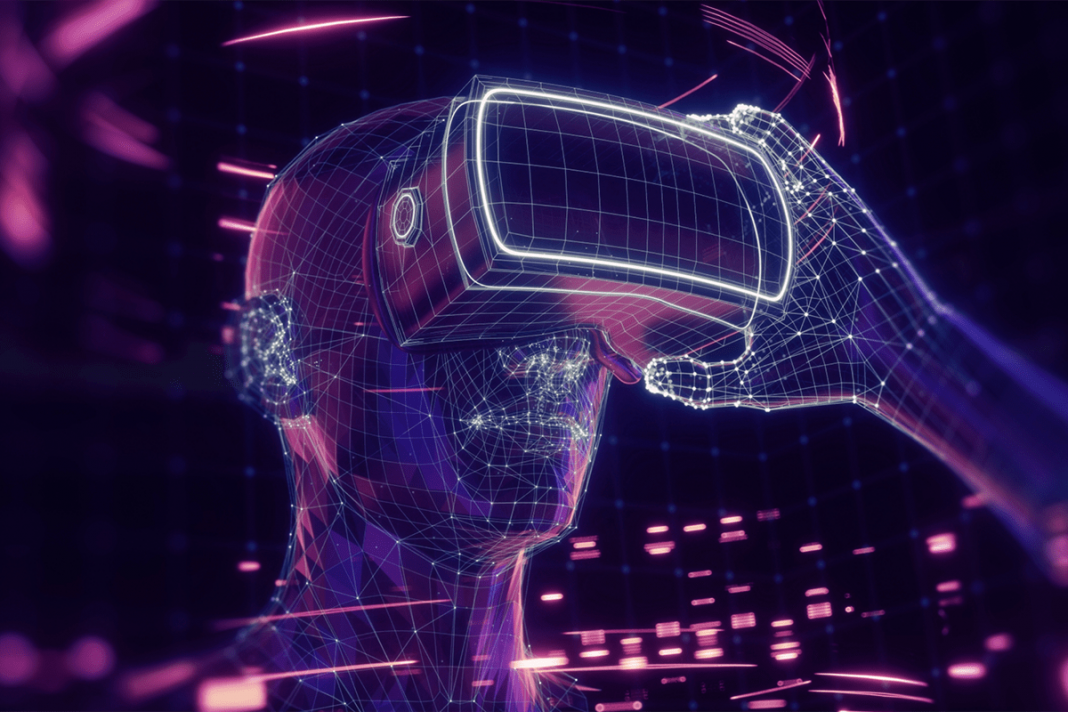 The metaverse is a challenging thing to define, partly because it’s such an abstract concept, but also as no one has created one yet – so the exact scope of what we’re talking about is a bit blurry. To define the Metaverse, it makes sense to look to fiction, where the term was originally coined. In Neal Stephenson’s Snow Crash, the Metaverse is a digital, online universe, perceived from a first-person perspective, that exists independently of whether you are logged into it or not. It’s a persistent place that you can access, change, leave, and return to.

There’s a myriad of possible definitions, but there are common threads between them. The metaverse could be defined as a multi-user real-time virtual space where individuals around the world can connect via a network, co-exist and socialise. Many games and platforms exist already that could fit this description, but what sets apart the metaverse from a traditional multiplayer experience is the ability for players to create and share content to shape the world around them in a more or less persistent setting.

Some think we’ve already arrived, others think the metaverse will be far grander in scale. If you look at your gaming library today, examples that resemble metaverses will instantly jump out at you in the shape of Minecraft, Dreams, Fall Guys, Roblox and Fortnite. For many people, these titles are no longer considered games but persistent spaces to connect and socialise through virtual experiences – that may or may not include gaming.

Historically, the gaming industry has seen many forms of the metaverse since its inception. World of Warcraft has had its own functioning virtual and digital metaverse in the form of a digital and virtual economy for decades. Second Life is another early example that partly fits the bill, and EVE Online in particular stands out as a persistent universe shared between all the players where large organizations and even an economy have sprung up. Looking even further back, the early Multi-User Dungeons of the 1970s – or MUDs – might be considered proto-metaverses without graphics. Each of these examples contain different characteristics that define the Metaverse, even if they didn’t manage to achieve them all.

We’re seeing a drive across the games industry toward creating platforms for Metaverse-like experiences. Using either existing technologies or games, and even building new ones. The trend has been going on for quite some years, but it seems we’re reaching a point where the idea of Metaverses is coming together for both players and large industry actors. What’s more, the global pandemic has undoubtedly accelerated some of these trends that were already underway.

Fortnite, Roblox, and other big titles have slowly evolved from games to online spaces where people can interact and spend virtual currency on in-game items to build relationships and experience something fun and unique. Elsewhere, the trend continues thanks to games like Fortnite, which continues to develop more virtual experiences like its famous concerts. What’s more, Fortnite’s publisher, EPIC Games, recently raised $1 billion to support its future vision to build the metaverse.

With nearly 40 million daily users, the online gaming platform Roblox has become an incredibly popular online community. The game allows its users near-limitless possibilities to create, buy and sell, customise and socialise. What’s more, Roblox no longer calls itself a game on its website anymore; instead, it’s now an experience.

In essence, it’s a collection of semi-persistent spaces created by players using the same foundational tools and protocols. They make their spaces uniquely their own by changing and expanding templates and customising them in creative ways that no single game development company could come up with on their own.

Developers who have created popular interactive virtual social spaces have realised the earning potential behind their ‘games within a game’. So the race to perfect the metaverse model is on!

Many believe the metaverse is the next logical evolution of the internet, so it’s easy to see why so many big industry players are racing to stake their claim and take as big a piece of the pie as possible. So much so that even the country of South Korea has begun laying the foundation for its metaverse, as it recently created an alliance between 17 of the country’s industry-leading tech companies. Most recently, Facebook came out and declared itself a contributor to bringing about the Metaverse.

There is currently no single metaverse, but given the recent boom in brand collaborations and cross-platform play, in the future, we may see several of them become interoperable or meld together in a shared vast universe. But the biggest hurdle will still remain getting companies to look past their own interests to drive inter-organisational collaboration.

Creating a metaverse is one thing, but keeping players engaged and returning to this new frontier is another. Gaming professionals need to understand what motivates players to contribute and come back to these virtual spaces. The key lies in understanding player behaviour. It may sound obvious, but measuring the way a given player moves through and interacts with a virtual space is a great way to gauge their interests. Their interactions, however seemingly insignificant, reveal the player’s preferences from moment to moment.

Understanding a player within the metaverse could be reached by manually picking and studying the individual user, but this approach quickly becomes unfeasible at scale. Alternatively, one can sample representative users, but this form of user research is time-consuming, expensive, and doesn’t pinpoint accuracy at the individual player level. This is where artificial intelligence can help.

Put simply, publishers need their players to return, continue investing, and growing with the environment itself. Tools such as AI that learns from and understands the audience could be the key to growing the metaverse as the game industry’s next frontier.

Today we’re already seeing how AI can assist in daily work, assisting with checking, testing, coding, or even generating whole segments of stories automatically. As more people become digital content creators, we expect AI to take a role as a creative assistant working next to human creators, automating boring, repetitive or difficult tasks that are part of the creation process. AI systems will learn from prior examples and patterns in the Metaverse and use the learnt information to assist with new creative processes.

An additional way in which AI will be significant in the Metaverse is that AI systems will get to know you over time and shape your experience of the Metaverse accordingly. A quality of digital universes is that they, by their nature, allow for the observation of just about everything that goes on in them. One method that can help developers understand their players is by recording their behaviour at the action level and using it to create AI Personas – which are essentially models of the players in parts of the metaverse. By first logging and replicating player behaviour, AI Personas can predict how certain players or groups would act, and by extension, what that means in terms of interests, motivations, and preferences.

These predictions can then be used to tailor and adapt the player’s experience with the most engaging content and interactions at the individual level. You could imagine having an AI system that puts together or even generates content and experiences that are tailored just for you.

It even opens the opportunity for you to leave behind imprints of yourself when you’re not signed into the Metaverse. Some video games already offer a version of this today – for instance Forza Motorsport has Drivatars: AI drivers that drive in your style, that your friends can race against if you’re not online to compete. Perhaps, in the future, we’ll have our own AI doubles or assistants filling in for us in the Metaverse, when we’re not around to play.

This idea is really an extension of character customisation, which has become a cornerstone of modern gaming. Epic Games understood early on how character customisation and avatar expression attracted players away from competing titles such as PlayerUnknown’s Battlegrounds. Licensing pop-culture avatars was key to keeping people within the Fortnite metaverse. Interest amongst players is always high because there’s a chance for them to wield a lightsaber one week then wear the infinity gauntlet as Thanos the next.

This level of avatar detail and customisation, and the ability for users to express themselves in new and exciting ways, will potentially be the cornerstone of any successful future metaverse project as players use this as a form of expression.

But as games continue to increase in scope and attract more players to log on, manually managing these virtual worlds becomes much less feasible – especially in the context of a metaverse. So you can quickly see where AI fits into the equation.