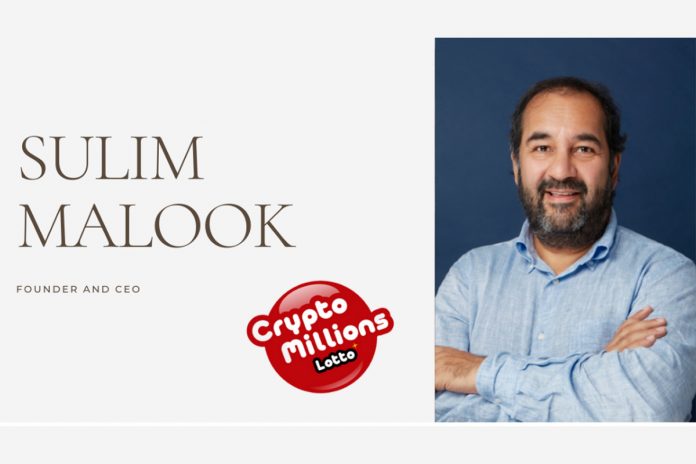 The proposition of Bitcoin lotteries is simple. If you go to a casino, you have to buy chips from the cashier to play. When you finish playing, you can cash your chips in for money, or keep them for next time. With a digital lottery, you play with a digital currency. In the case of Crypto Millions Lotto it’s Bitcoin. Think of bitcoin as the chips you have to buy to play Crypto Millions Lotto. Players deposit bitcoin to play, and if they win, they get paid in bitcoin. One exception is that if you’re lucky enough to win the jackpot, this innovative digital lotto gives you the option to take your winnings in bitcoin or a local currency of your choice.

There are some really strong arguments for considering bitcoin lotteries vs traditional ones. There are two major reasons. The first is that if you play games across borders using a credit card or any other traditional form of payment, then there are complications and frustrations around whether the payment can be made or if it will be blocked, the exchange rate, and payment periods. Using bitcoin removes all of that because it knows no borders.

The second reason is that by operating digitally using bitcoin companies like Crypto Millions Lotto can avoid a lot of infrastructure costs, including payment processing charges. According to Sulim Malook “Having a low cost base allows us to offer bigger jackpots. Our jackpots are bigger than the majority of state-run lotteries and bigger than any of our online competitors.”

“We allow people to play the numbers of eight of the world’s biggest lotteries on our website. Although they choose the numbers on our site, they’re actually betting on the numbers of a state lottery, so numbers are drawn by each of the underlying lotteries. That way we remain completely independent.

This means people can play every time one of those eight lotteries has a draw, in total 14 times a week.

In case people don’t see the live draw, we announce all of the winning numbers on our website, and we notify all winners by email immediately. Payment of winnings is made within minutes of the lottery ending.”

Bitcoin lotteries are the natural progression from digital lotteries

The first big shift was from offline to online, but all that really changed was how we bought and received tickets for a single lottery.

The next shift was allowing people to play many different lotteries online, and for that people needed a better way to buy tickets and to receive winnings. Sulim says “That’s where bitcoin came in. So, we haven’t adopted bitcoin just because it’s a digital currency. We’ve done it because it’s the best currency for the job.”

Covid’s Effect on The Lottery

Contrary to what you might imagine, historically, the lottery performs well in downturns and recessions, as people try to generate fast money for themselves. Covid, of course, has put a lot of the world into recession, so the lotto industry as a whole as well as the gaming sector has performed well.

But more significant than that, Covid has exposed the flaws and tensions in the traditional lottery model. Specifically, that it relies on a network of small retailers to sell tickets, most of which have now been closed and certainly were not contactless anyway.

The result, according to Sulim, is that people have gone online. “So not just us, the whole online lottery industry has seen a big uplift, while the traditional lotteries have seen a negative impact.”

And yet the lifting of COVID restrictions has not impacted this sector negatively. Sulim was clear that “On the contrary, the effect has been positive. With some state lotteries closing down for months, playing online was the only option. In our view, this is a good thing for an industry that has been living in the dark ages.

I’d liken it to working from home. Covid has opened many people’s eyes to the benefits of home working. Some people might go back to the office after Covid restrictions are lifted. But for many others, they’ve discovered a new way of doing things and will stick with it. It’s the same with the digital lottery. We introduced it to many people who now prefer it and who won’t go back to the old way.”

Business is booming at Crypto Millions Lotto and the team has a lot in the pipeline. So what comes next for a business of this ilk?

“We have lots of exciting things in our pipeline. We’ve recently added six new lotteries, and we’re planning to add more. We also plan to add more games, as well as offering players the ability to get bitcoin using their credit cards directly on our site.

As our user base expands into more countries, we want to offer Crypto Millions Lotto in multiple languages.