Home Gaming Circl – The new live-action sports game, for you and your mates 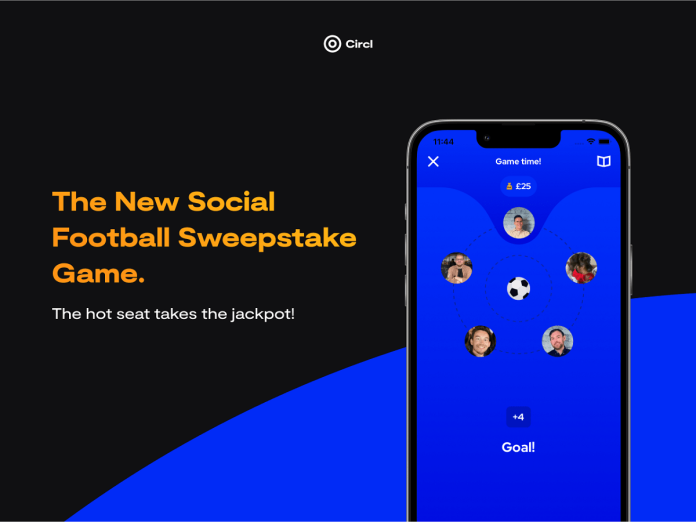 The sports tech start-up was created to change the way the world watches and bets on live sport. Its unique ‘Circl’ game allows up to 10 users to play against each other to win a pool of money deposited by the group. The gaming mechanism is based on events during the match, which are given their own scoring system, rather than the final outcome.

As they grow, they will bring out more game experiences that piggy-back of Circl’s unique game engine, where players will be able to play a variety of different Circl games, as well as have the opportunity to play against 100s, even 1000s of players.

Will Hawkins, CEO of Circl, said: “The convergence between sports media, sports betting & consumer brands is the future of digital entertainment, giving birth to a totally new casual betting landscape. At the core of our concept, is a super fun game that everyone can understand, enjoy and potentially gain from. Whether that be in cash or prizes! ”

The app gamifies the live match beyond its score, pitting friends and family members against each other, rather than against a bookmaker. Groups of friends and family create their ‘Circl’ and deposit a balance which is pooled as part of the final winning pot. The pot is awarded to the person with that is on the ‘hot seat’ at the end of the game, putting the winnings back into the hands of one of the group’s players.

Will Hawkins, continued: “Circl is for everyone, from savvy sports bettors to first-timers. We want to make the spectacle of a live game even better, and increase the feeling of inclusion for those with no allegiance, or interest in the teams in-play.”

Circl also aims to benefit the members of the footballing community that need it most, with the firm pledging to donate part of its profits to men and women’s grassroots football in the UK. Reinvesting in the sport which has suffered over the pandemic.
The Circl founding team consists of founder and CEO, Will Hawkins, CTO Mark Quinn, and NED Eddie Ross & NED Matt Steer. It has also taken on two new members of staff in social media and customer service roles.