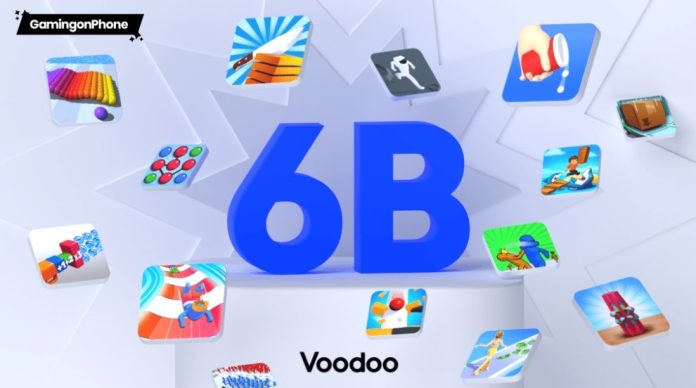 Voodoo, one of the world’s leading mobile game publishers, has announced that it has passed the 6 billion download mark over Q1 2022.

Voodoo has become the 3rd highest company in terms of downloads since the creation of the App Store, next to Meta & Google and ahead of Microsoft, Tencent Games and Bytedance. Born in Paris in 2013, Voodoo is the youngest and the only European player among the top 5, which is dominated by U.S. and Chinese tech giants.

“This is a huge achievement and I am proud of our amazing team to have been able to get a European tech company onto the top charts of such a competitive industry. This achievement is the result of a never ending hunger for excellence in technology, product innovation, and business operations. We feel now there is no limit to our expansion in new segments of entertaining consumer apps,” Alexandre Yazdi, Co-Founder and CEO of Voodoo, said.

Voodoo, which celebrated its 9th anniversary on April 10, invented a new genre of mobile games: Hyper Casual. More recently, Voodoo has expanded its business model to become a diversified app publisher, serving both gaming and non-gaming segments. In Q1, more than a third of Voodoo’s revenue came from non-Hyper-Casual Apps (with apps such as the social network Wizz, the skill gaming platform Blitz, the leading backgammon game Lord of the Board, and the battle game Mob Control). Voodoo is committed to developing the mobile blockchain gaming segment by making the next generation of play-to-earn games and recently led the investment rounds into blockchain studios Volt Games and Tummy Games. The company is currently building the blockchain technology to support their scale.

Intema announces the resumption of trading in its securities

Mario would earn £32,895 as an Italian plumber – which video game characters would...