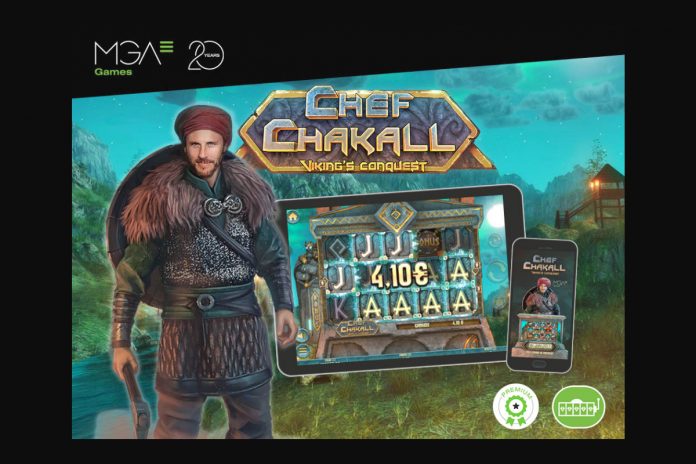 The protagonist of the MGA Games 5×3 slot game is the Argentine cook and showman Chef Chakall, who has conquered the world thanks to his captivating personality.

In Chef Chakall Viking’s Conquest, the Argentine cook and showman, who has conquered the world thanks to his captivating personality, is now an intrepid warrior. Dressed in his signature red turban, Chef Chakall’s 3D character accompanies players at all times, cheering them on and celebrating their triumphs.

Viking helmets, chests full of gold, and Thor’s hammers are the symbols featured in this new and immersive production with 4 mini-games and Triple View design. A mythical adventure through the lands of Odin in which online casino players have lots of fun and accumulate numerous prizes along the way.